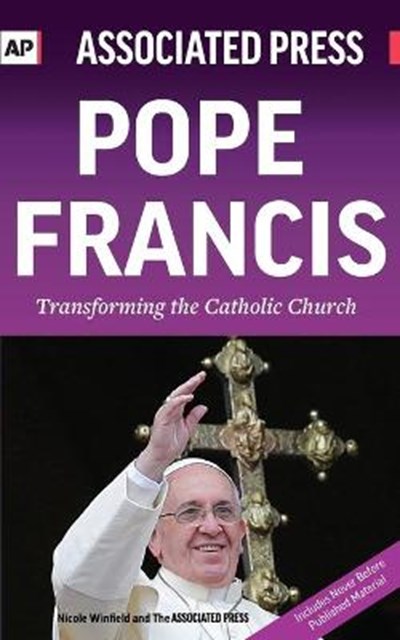 Publisher: Mango Media
ISBN: 9781633530997
Number of Pages: 215
Published: 20/02/2015
Width: 12.7 cm
Height: 20.3 cm
Description Author Information Reviews
Pope Francis has started a revolution in the Roman Catholic church that has charmed millions. But, the enthusiasm isn't shared across the board. Traditionalist Catholics greeted Francis' election with concern, and their fears are being realized. Associated Press journalists and photographers chronicle the pontiff's journey as he goes about reforming Vatican bureaucracy.

Nicole Winfield is the Vatican correspondent for The Associated Press in Rome. Winfield joined the AP in 1992 in New York and reported from Miami and the United Nations before being sent to Rome in 2001. The Associated Press is the essential global news network, delivering fast, unbiased news from every corner of the world to all media platforms and formats. Founded in 1846, AP today is the most trusted source of independent news and information. On any given day, more than half the world's population sees news from AP. www.ap.org.