Your Life is Your Prayer

Wake Up to the Spiritual Power in Everything You Do 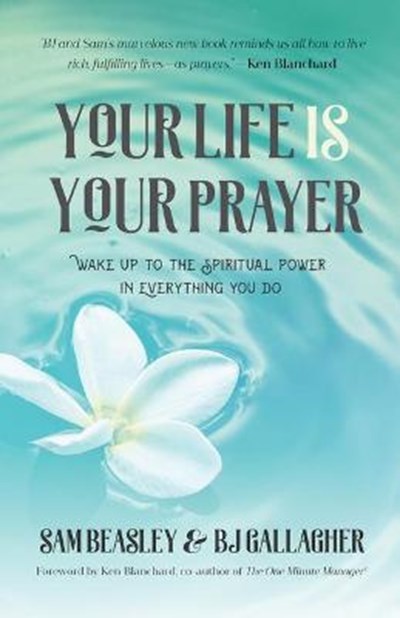 Your Life is Your Prayer

Wake Up to the Spiritual Power in Everything You Do

Publisher: Mango Media
ISBN: 9781633539709
Number of Pages: 224
Published: 15/04/2019
Width: 12.7 cm
Height: 17.8 cm
Description Author Information Reviews
Inspirational and Spiritual Prayer GuideIf you liked Help, Thanks, Wow by Anne Lamott or Anxious for Nothing by Max Lucado, you'll love Your Life is Your Prayer. Prayer can point your life in the right direction-or the wrong one: Whatever you've got going on in your life is what you've been praying for-sometimes consciously, but often unconsciously. If you want something different in your life, you must pray a different prayer. Your Life is Your Prayer by BJ Gallagher and Sam Beasley will show you how to do just that. Everything you do is prayer: You may not realize it-many people don't-but the decisions you make throughout the day, the attitudes you adopt, the conversations you have, the way you respond to other people, and the thoughts you think are all prayers. The food you choose to eat is a prayer, the way you spend your money is a prayer-even the way you drive is a prayer! We are constantly communing with the Divine, even in our most mundane activities. And our prayers are always answered in the affirmative: "Yes." The Universe will give you what you're praying for: Whatever you're thinking about (and therefore praying about) will manifest in your life. If you are worrying, "I don't have enough money," the Universe will say 'Yes, you don't have enough money.' If you're constantly lamenting, "I don't have a man in my life," the Universe will respond, 'Yes, you don't have a man.' If you frequently complain, "I'm fat," the Universe will answer, 'Yes, you're fat.' Your thoughts and words are prayers, and the Universe always gives you what you're praying for. Your Life is Your Prayer will show you how to change your life by changing your prayer: Learn how to stop complaining Discover how to focus on what you do want, not what you don't want Learn how to make your prayers positive and affirming-to get more of what you want in your life Discover how, by constantly choosing new thoughts and new conversations, you will literally create a new life for yourself

BJ Gallagher is a sociologist, as well as an inspirational author and speaker. She writes business books that educate and empower, women's books that enlighten and entertain, and gift books that inspire and inform. Whether her audience is corporate executives, working women, or college students, her message is "The Power of Positive DOING." She motivates and teaches with empathy, understanding, and more than a little humor.BJ's international business best-seller, "A Peacock in the Land of Penguins" (Berrett-Koehler), has sold over 350,000 copies in 23 languages. Her self-help books include: "Why Don't I Do the Things I Know Are Good for Me?" (Berkley) and "It's Never Too Late to be What You Might Have Been" (Viva Editions). Her spiritual books include: "If God Is Your Co-Pilot, Switch Seats" (Hampton Roads) and "Being Buddha at Work" (Berrett-Koehler). BJ blogs weekly for Huffington Post and is a BeliefNet.com blogger as well. She has been featured on CBS Evening News with Bob Schieffer, the Today Show with Matt Lauer, Fox News, PBS, CNN, and other television and radio programs. She is quoted almost weekly in various newspapers, women's magazines, and websites, including: O the Oprah magazine, Redbook, Woman's World, New York Times, Chicago Tribune, Wall Street Journal, Christian Science Monitor, Orlando Sentinel, Financial Times (U.K.), Guardian (U.K.), MSNBC.com, CareerBuilder.com, CNN.com, Forbes.com, among others. Sam Beasley is a successful businessman entrepreneur who uses spiritual principles to establish and build and run his businesses. He is a charismatic speaker and dynamic workshop leader whose mission is to share what he's learned so that others may become successful and fulfilled as well. Dr. Ken Blanchard is the cofounder and Chief Spiritual Officer of The Ken Blanchard Companies, an international management training and consulting firm that he and his wife, Margie Blanchard, founded in 1979. Ken's iconic 1982 classic, "The One Minute Manager," coauthored with Spencer Johnson, has sold more than 13 million copies and remains on bestseller lists today. In the past three decades he has authored or coauthored 60 books whose combined sales total more than 21 million copies. In 2005 Ken was inducted into Amazon's Hall of Fame as one of the top 25 bestselling authors of all time.