Justice, Community, and the Coming Kingdom 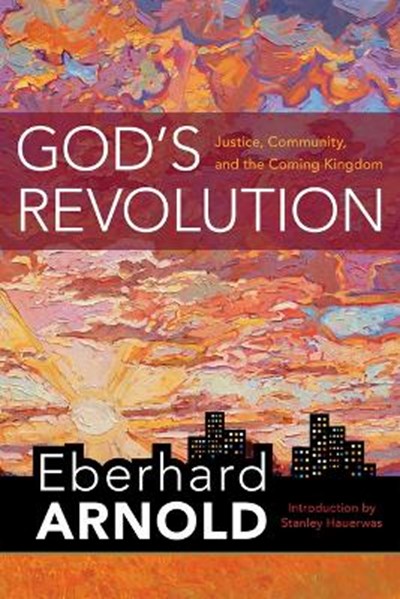 Justice, Community, and the Coming Kingdom

eBook FAQ
Add to Basket
Publisher: Plough Publishing House
ISBN: 9781636080000
Number of Pages: 232
Published: 04/05/2021
Width: 13.9 cm
Height: 20.9 cm
Description Author Information Reviews
A radical vision for a society transformed by the teachings and spirit of Jesus. Do you feel powerless to change the injustice at every level of society? Are you tired of answers that ignore the root causes of human suffering? This selection of writings by Eberhard Arnold, who left a career and the established church in order to live out the gospel, calls us to a completely different way. Be warned: Arnold doesn't approach discipleship as the route to some benign religious fulfillment, but as a revolution-a transformation that begins within and spreads outward to encompass every aspect of life. Arnold writes in the same tradition of radical obedience to the gospel as his contemporaries Karl Barth and Dietrich Bonhoeffer.

Eberhard Arnold (1883-1935) studied theology, philosophy, and education at Breslau, Halle, and Erlangen, where he received his doctorate in 1909. He became a sought-after writer, lecturer, and speaker in his native Germany. Arnold was active in the student revival movement sweeping the country and became secretary of the German Christian Student Union. In 1916 he became literary director of the Furche Publishing House in Berlin and editor of its monthly periodical. Like thousands of young Europeans, Eberhard Arnold and his wife Emmy were disillusioned by the failure of the establishment - especially the churches-to provide answers to the problems facing society in the turbulent years following World War I. In 1920, out of a desire to put into practice the teachings of Jesus, the Arnolds and their five young children turned their backs on the privileges of middle-class life in Berlin and moved to the small German village of Sannerz. There, with a handful of like-minded seekers who drew inspiration from the Youth Movement, the sixteenth-century Anabaptists, and the early Christians, they founded an intentional community on the basis of the Sermon on the Mount. The community, which supported itself by agriculture and a small but vibrant publishing house, attracted thousands of visitors and eventually grew into the international communal movement known as the Bruderhof.