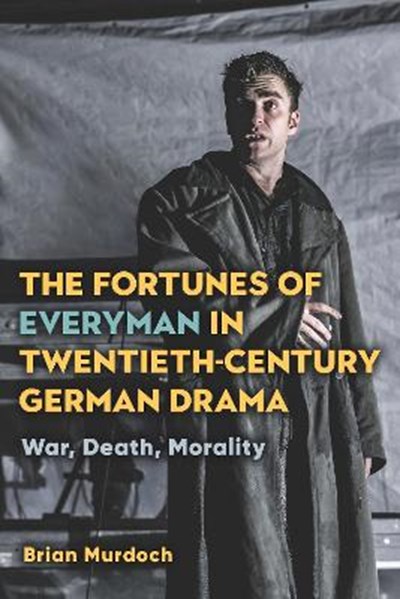 QTY
Add to Basket
Publisher: Boydell & Brewer Ltd
ISBN: 9781640141179
Number of Pages: 194
Published: 14/01/2022
Width: 15.2 cm
Height: 22.9 cm
Description Author Information Reviews
Death comes to everyone, and in the late-medieval morality play of Everyman the familiar skeleton forces the universalized central figure to come to terms with this. Only his inner resources, in the forms of Good Deeds and Knowledge, ensure that he repents and is redeemed. Three important twentieth-century German plays echo Everyman - Toller's Hinkemann, Borchert's The Man Outside, and Frisch's The Arsonists/Firebugs - but the unprecedented scale of killing in the First and Second World Wars changed the view of death, while in the Cold War the nuclear destruction literally of everyone became a possibility. Brian Murdoch traces the heritage of Everyman in the three plays in terms of dramatic effect, changes in the image of Death, and especially the problem of living with existential guilt. Death, now over-fed, still has to be faced, but Everyman has the harder problem of living with the awareness of human wickedness without the possibility of salvation. All three plays have tended to be viewed in their specific historical contexts, but by viewing them less rigidly and as part of a long dramatic tradition, Murdoch shows that all present a message of lasting and universal significance. They pose directly to the theater audience questions not just of how to cope with death, but how to cope with life.

BRIAN MURDOCH is Emeritus Professor of German in the School of Languages, Cultures, and Religions at Stirling University, Scotland. He is the author of many books, including titles for both Camden House and D.S. Brewer. He edited the first two volumes of The Camden House History of German Literature.