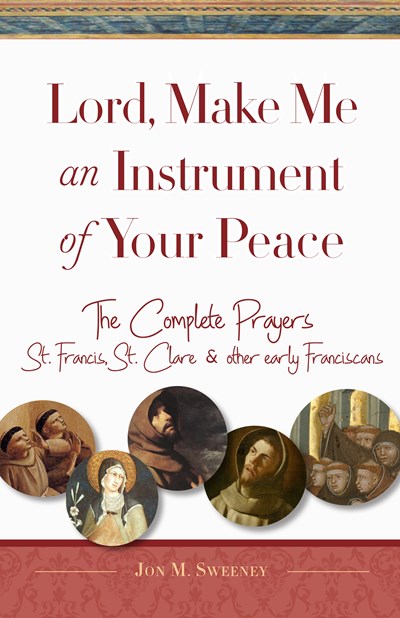 Join now Find out more
Publisher: Paraclete Press
ISBN: 9781640601468
Number of Pages: 288
Published: 04/02/2020
Width: 14 cm
Height: 21.6 cm
Description Author Information Reviews
The Complete Prayers of St. Francis and St. Clare, with Selections from Brother Juniper, St. Anthony of Padua, and Other Early Franciscans We do not immediately associate Francis and Clare with prayer and praying. St. Francis, according to the most common legends, rarely sat still. St. Clare did, more so, but that was probably mostly because of the convent and the grille and the conventions of the time: she couldn't be a walkabout friar. However, they did sit still. And they stood. And they danced. And they fasted. And they sang. In all these ways, Francis and Clare prayed for hours each day, as did the brothers and sisters who came after them on the Franciscan way. This prayer book gathers the stories and words of the prayer life and prayers of these remarkable Christians.

Jon M. Sweeney is an author, husband, and father of four. He has been interviewed on many television programs including CBS Saturday Morning, Fox News, and PBS's Religion and Ethics Newsweekly. His popular history The Pope Who Quit: A True Medieval Tale of Mystery, Death, and Salvation was optioned by HBO. He's the author of thirty-five other books, including The Complete Francis of Assisi, When Saint Francis Saved the Church, the winner of an award in history from the Catholic Press Association, and The Enthusiast: How the Best Friend of Francis of Assisi Almost Destroyed What He Started. Sweeney is also the author of The Pope's Cat series for children. He presents often at literary and religious conferences, and churches, writes regularly for America in the US and The Tablet in the UK, and is active on social media (Twitter @jonmsweeney; Facebook jonmsweeney).