She Made Me Laugh

Mother Teresa and the Call to Holiness 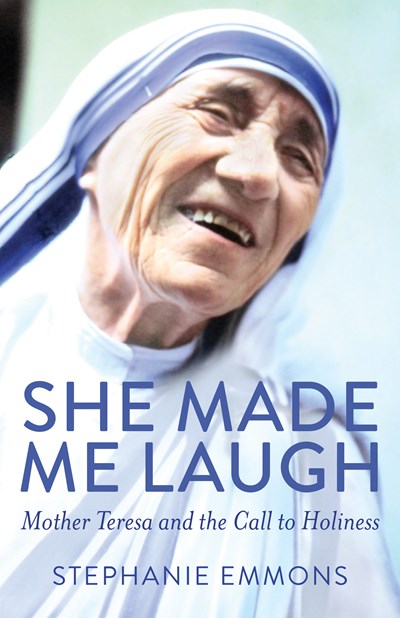 She Made Me Laugh

Mother Teresa and the Call to Holiness

Join now Find out more
Publisher: Paraclete Press
ISBN: 9781640601840
Number of Pages: 160
Published: 06/10/2020
Width: 14 cm
Height: 21.6 cm
Description Author Information Reviews
Most people likely know of Mother Teresa's great faithfulness to God's call as she started her ministry to the poor in Calcutta. But at the time, few knew that she had lost all sense of God's presence, love, and sometimes the assurance that God existed at all. Astonishingly, for 50 years, the saint's life was spent in what she called "the darkness." Yet, somehow Mother Teresa managed to get up every morning and say yes to God. And not only did she say yes, she came to accept the darkness, while also allowing a sense of humor and even playfulness to shine through. This book is a memoir of the author's direct experiences with Mother Teresa during a trip to Calcutta in 1996 when she discovered that sense of humor first hand. It is also an extended reflection on the beloved saint's "dark night of the soul" and what that might mean for spiritual seekers today.

Stephanie Emmons is a Catholic author whose devotion to Mother Teresa led her to India in 1996. There, she volunteered with the poor and prayed with the saint herself. She is mom to Lois and Catherine, but she's also been a street outreach worker, a wedding singer, a student of theology, a mental health peer supporter, a spiritual director and a naively fearless traveler. She does her best writing between appointments, at busy coffee houses and at home under the watchful eye of Daisy, the family's rescue dog from Antigua. Stephanie has a soft spot for the women mystics whose lives were marked by suffering yet somehow kept the faith and show the rest of us the variety of paths to sainthood. You can connect with Stephanie on Facebook at www.facebook.com/stephanie.emmons.9047 or on twitter @Emmons_Steph. You can also visit her website, www.stephanie-emmons.com, to sign up for emails about upcoming projects, speaking engagements and chances to win her books.