And other selected writings 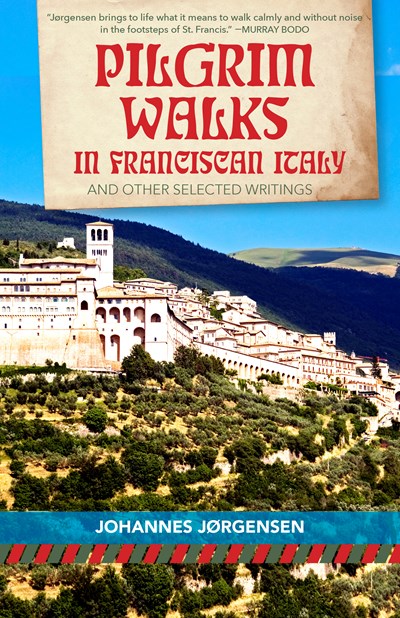 And other selected writings

Join now Find out more
Publisher: Paraclete Press
ISBN: 9781640603455
Number of Pages: 144
Published: 27/10/2020
Width: 14 cm
Height: 21.6 cm
Description Author Information Reviews
There is no book quite like this if you know a little bit about St. Francis and want to know more. Each chapter describes a pilgrimage to a place in Italy that's central to Francis's biography written by one of his most literary modern biographers. Greccio, Cortona, Assisi, and La Verna were dear to Francis and his early companions-and come alive in these pages. Jorgensen offers a glimpse into a bygone world, and inspiration to all who seek to follow the way of St. Francis today. "As I kneeled amid those barefooted, brown-habited friars, who in the darkness raised their hands and their hearts to heaven in voiceless prayer, I realized more vividly than ever before what the Middle Ages were-how far removed the twentieth century was-how far away beyond the crest of the mountains was the modern world, and how remote the great, busy towns, with their glare and noise, unrest and endless amusements, seemed." (From the Book)

Johannes Jorgensen was part of the Catholic literary revival in the early 20th century, a contemporary of Jacques Maritain, G. K. Chesterton, and Sigrid Undset. A Dane, Jorgensen's biography of St. Francis was second only to Paul Sabatier's in influence. He also wrote award-winning biographies of Catherine of Siena and Bridget of Sweden. He lived in Assisi for many years, and was often nominated for the Nobel Prize in Literature. The editor of this volume, Jon M. Sweeney, is the author of many books about Francis and Clare of Assisi that have sold a combined 200,000 copies.