Poems from the Porch of Flannery O'Connor 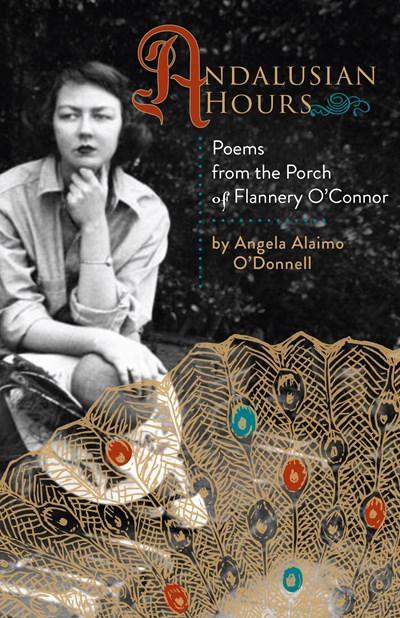 Poems from the Porch of Flannery O'Connor

Join now Find out more
Publisher: Paraclete Press
ISBN: 9781640603530
Number of Pages: 128
Published: 01/04/2020
Width: 14 cm
Height: 21.6 cm
Description Author Information Reviews
Andalusian Hours: Poems from the Porch of Flannery O'Connor is a collection of 101 sonnets that channel the voice of celebrated fiction writer, Flannery O'Connor. In these poems, poet and scholar Angela Alaimo O'Donnell imagines the rich interior life Flannery lived during the last fourteen years of her life in rural Georgia on her family's farm named "Andalusia." Each poem begins with an epigraph taken from O'Connor's essays, stories, or letters; the poet then plumbs Flannery's thoughts and the poignant circumstances behind them, welcoming the reader into O'Connor's private world. Together the poems tell the story of a brilliant young woman who enjoyed a bright and promising childhood, was struck with lupus just as her writing career hit its stride, and was forced to return home and live out her days in exile, far from the literary world she loved. By turns tragic and comic, the poems in Andalusian Hours explore Flannery's loves and losses, her complex relationship with her mother, her battle with her illness and disability, and her passion for her writing. The poems mark time in keeping with the liturgical hours O'Connor herself honored in her prayer life and in her quasi-monastic devotion to her vocation and to the home she learned to love, Andalusia.

Angela Alaimo O'Donnell, Ph.D., is a writer, poet, and professor. She teaches English, Creative Writing, and courses in Catholic Studies at Fordham University in New York City and serves as Associate Director of Fordham's Curran Center for American Catholic Studies. She is also co-editor of the Curran Center's new book series, "Studies in the Catholic Imagination: The Flannery O'Connor Trust Series," published by Fordham University Press.