Sunrise of the Soul

Meditations on Prayerful Stillness, Silence, Solitude, and Service in the Spirit of St. Francis of Assisi 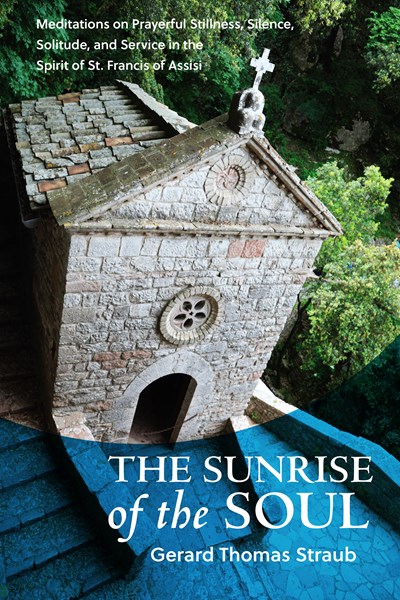 Sunrise of the Soul

Meditations on Prayerful Stillness, Silence, Solitude, and Service in the Spirit of St. Francis of Assisi

Join now Find out more
Publisher: Paraclete Press
ISBN: 9781640604681
Number of Pages: 256
Published: 21/07/2020
Width: 15.2 cm
Height: 22.9 cm
Description Author Information Reviews
The Sunrise of the Soul is the fruit of the last 24 years of an unexpected new life and a journey of transformation that took Gerry Straub from the glamour of Hollywood to the horror of the worst slums on earth. Straub's journey began in an empty church in Rome during a moment of grace in which the hard shell of his ardent atheism was penetrated by a spark of light, allowing him to see that God was real and loved him just as he was. Eventually, Straub felt God telling him to stop filming the poor and to go live among the poor. He now lives in a crowded slum in Haiti where he operates a home of hope and healing for 69 abandoned kids, 24 of whom are still in diapers. Straub says his journey is far from over and will never be finished. As Karl Rahner reminded us, "In the torment of the insufficiency of everything attainable we ultimately learn that here, in this life, all symphonies must remain unfinished." Living in a home with 69 kids in Haiti means that the stillness and silence needed for contemplation are virtually nonexistent. After more than four years of intense work in Haiti, Gerry began to commit himself to the rejuvenating power of authentic solitude in order to turn his attention to his own inner spiritual poverty. In the silent predawn darkness of each Haitian morning he waits, reflects, and prays. This book emerged slowly from those many lonely hours of silence.

Gerard Thomas Straub is a documentary filmmaker and the Founder and President of Pax et Bonum Communications, which produces films focused on the plight of the poor. The goal of his ministry is to put the power of film at the service of the poor. A Secular Francisan, he is also an award-winning author. He's been awarded three honorary doctorates in recognition of his work on behalf of the poor. Straub lives in Port-au-Prince.