Reflections on Faith and Citizenship 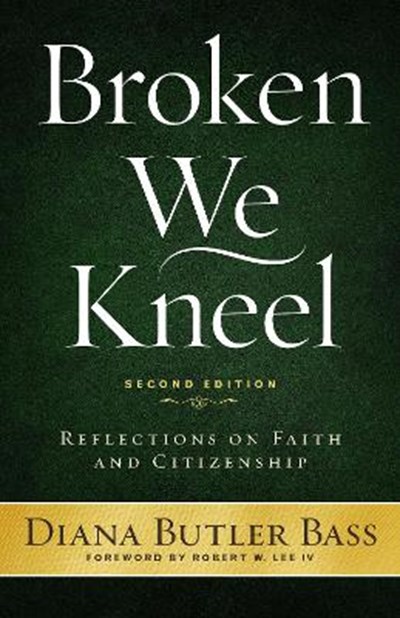 Reflections on Faith and Citizenship

Join now Find out more
Publisher: Church Publishing Inc
ISBN: 9781640651012
Number of Pages: 176
Published: 17/10/2019
Width: 14 cm
Height: 21.6 cm
Description Author Information Reviews
America's unique and often fractious relationship between church and state is, if anything, more relevant to who we are as a nation than when Diana Butler Bass' examination of it in Broken We Kneelwas first published 16 years ago. This second edition contains a new foreword and introduction, as well as a new conclusion outlining her vision for the future. Born in the tumultuous aftermath of 9/11 and now a spiritual classic, the book draws on both her personal experience and her knowledge of religious history. Bass looks at Christian identity, patriotism, citizenship, and congregational life in an attempt to answer the central question that so many are struggling with today: "To whom do Christians owe deepest allegiance? God or country?" In writing both impassioned and historically informed, Bass reflects on current events, personal experiences, and political questions that have sharpened the tensions between serious faith and national imperatives. The book incorporates the author's own experience of faith, as writer, teacher, wife, mother, and churchgoer into a larger conversation about Christian practice and contemporary political issues. Broken We Kneel is a call to remember that the core of Christian identity is not always compatible with national political policies.

Richard Bass is a consulting editor with Church Publishing Inc. He was the director of publishing for the Alban Institute from 2002-2014. He is the editor of "Leadership in Congregations" (Alban, 2007) and "Resources for Congregational Vitality" (Alban, 2004). ROBERT W. LEE IV is an author, activist, commentator, and preacher. His work has been covered by MTV, The View, The New Yorker, CNN, New York Times, Washington Post, NPR, and countless others. A graduate of Duke University Divinity School, he is currently pursuing a PhD. Descended from Robert E. Lee, Rob is engaged as an activist in the field of racial reconciliation. An ordained Cooperative Baptist Fellowship minister, he lives in his hometown of Statesville, North Carolina, with his wife.