Finding God (and Self) on Campus 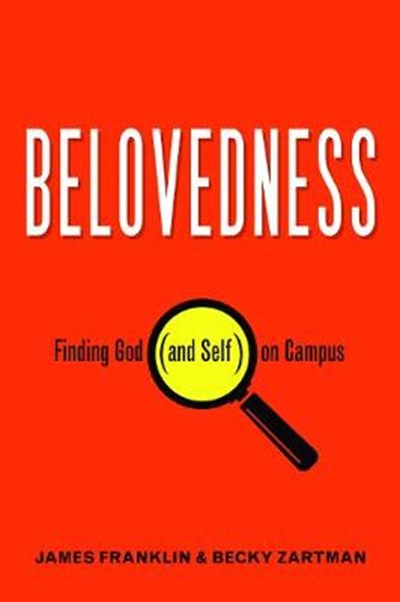 Finding God (and Self) on Campus

This thought-provoking book for college students and those who minister with them deals with issues of faith, identity, sex, success, failure, and more, through the concept of belovedness. Every college student's story is different, but they all have the same questions in common. Who am I? How do I make good choices? What does it mean to be successful? How do I navigate changing relationships with my family, my peers, my significant other? And how do I do all of this faithfully? This book approaches these topics through a fundamental inquiry: "What if I really, truly believed that I was beloved beyond all measure, and how would that influence what I do?" Along with the editors, eight campus ministers from across several denominations contributed to this volume to help students navigate questions of life and faith in the world of high-pressure college campuses. Telling it like it is with wit and wisdom drawn from scripture, tradition, and life experience, this book offers profound and practical reminders of what it is to be beloved.

James Franklin is the Episcopal Campus and Young Adult Missioner to Wake Forest University, Salem College, UNC School of the Arts, and Winston Salem State. After the military, seminary, and a brief stint in parish ministry, he answered the call to be a campus minister, where he helps create beloved community. James can usually be found in campus coffee shops meeting with students. Becky Zartman is the Canon for Welcome and Evangelism at Christ Church Cathedral in Houston. Previously she was the Episcopal Missioner to Georgetown University. Becky's ministry has been focused on young adulthood. She serves on the Way of Love working group, writing curricula for The Episcopal Church and Lifelong Learning at VTS, academic coaching of international seminarians, and teaching churches the spirituality of hospitality. Jonathan Melton has served as a priest since 2007, including as chaplain to the St. Francis House Episcopal Student Center at the University of Wisconsin-Madison from 2012-2019. Jonathan now serves as the Associate Priest at Holy Trinity by the Lake in Heath, Texas, not far from where he grew up. He attended Wheaton College, earning his BA in Economics, before earning his Master of Divinity at Duke Divinity School. He is a long-time blogger, avid reader, novice guitarist, commuter-type cyclist, and occasional knitter, married to Rebekah, with 3 children. Ben Adams attended John Carroll University on the east side of Cleveland, Ohio where he majored in economics and finance. Now living in Chicago with his wife, Tara, and their dog, Gracie, when he's not at home baking sourdough, brewing kombucha, playing my ukulele, or just hanging out, he can be found pastoring in and around Grace Episcopal Church in Chicago's South Loop. He also serves as an assistant coach for the University of Chicago wrestling team and is involved with The People's Lobby as a community organizer. Stacy Alan has been the chaplain at Brent House, the Episcopal Center at the University of Chicago since 2005. An alumna of Seattle University and after traveling and studying Spanish in Central America, she attended Union Theological Seminary, spending a year at the Seminario Biblico Latinamericano in San Jose, Costa Rica. After graduating, she worked at Holy Apostles Soup Kitchen, the largest private emergency feeding program in New York City. She was ordained in the Diocese of New York in 1998. Previously Stacy served at St. Luke's Episcopal Church in Kalamazoo, Michigan and received a certificate in Spiritual Direction in the Ignatian Exercises. She is married to improv actor and playwright John Poole and has two adult children. Samantha Clare is the Episcopal lay chaplain to the University of Arkansas and coordinates young adult ministries with St. Paul's Episcopal Church in Fayetteville. She holds a BA in Psychology from the University of California, Santa Cruz and has a passion for spreading Jesus' call for social justice. Previously the Director of Children and Youth Ministry at Christ Church, Alameda, California, she has been involved in diocesan sponsored youth events over the past decade, including summer camps, Happening, and the triennial Episcopal Youth Event. Samantha helps people to make connections between their daily and spiritual lives so that they can bring their whole and authentic selves to the world. She also enjoys concocting strange things in her kitchen and hiking all over the place. Brandon Harris is a graduate of The Lincoln University of Pennsylvania (the nation's first historically black college) where he obtained a Bachelor of Arts in Political Science and Religion. He attended Candler School of Theology at Emory University in Atlanta, Georgia where he earned a Masters of Divinity with certificates in Black Church Studies and Baptist Studies. He currently serves as the Protestant Chaplain to the Main Campus at Georgetown University. He is ordained in the American Baptist Churches USA and the Progressive National Baptist Convention. DAVID FINNEGAN-HOSEY is the College Chaplain and Director of Campus Ministries at Barton College in Wilson, North Carolina. He is the author of Christ on the Psych Ward. In 2011, David was diagnosed with bipolar disorder after a series of psychiatric hospitalizations. He now speaks and writes about the intersections among mental illness, mental health, and faith. David lives in Wilson with his wife, Leigh, and their dog, Penny Lane. Adrienne Koch was most recently the Young Adult Missioner and Campus Minister for the Raleigh Area in the Episcopal Diocese of North Carolina and Adjunct Faculty at Duke University Divinity School. She received her B.A. in Liberal Arts from Malone College in 2004, with concentrations in Theology, Psychology, and Communications, and her M.Div. from Duke in 2011 with a certificate of studies in Gender, Theology, and Ministry. She completed her Anglican coursework at Sewanee and is in the process of becoming a Certified Teacher of the Narrative Enneagram. Adrienne moved to Cleveland, Ohio in the fall of 2019. She is currently a priest at Trinity Cathedral. Olivia Lane has specialized in chaplaincy and spiritual formation since 2010. She began her career in neurosciences and psychiatric hospital chaplaincy, and most recently served as the Protestant Chaplain for Spiritual Formation at Georgetown University. She earned her undergraduate degree with honors in Music Performance from The University of Tulsa, and holds a Masters of Divinity from Princeton Theological Seminary. She is ordained in the Presbyterian Church (USA) and currently writes and ministers in the Eastern Oklahoma Presbytery.