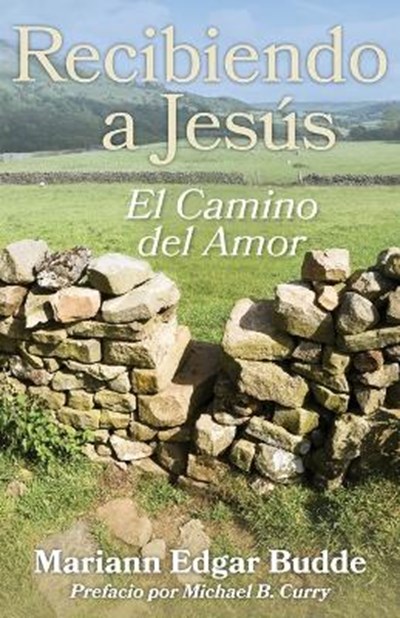 Join now Find out more
Publisher: Church Publishing Inc
ISBN: 9781640653030
Number of Pages: 136
Published: 17/03/2020
Width: 13.9 cm
Height: 21.5 cm
Description Author Information Reviews
A menudo pensamos en la fe cristiana como una obligacion o como un conjunto de creencias que debemos seguir. Si seguimos esta idea podemos perder de vista lo mas importante: la invitacion a experimentar una relacion amorosa y personal con Dios. Esta es una relacion en la que podemos confiar, en la que podemos encontrar proteccion y tierra segura sobre la cual pararnos. Mariann Edgar Budde comparte sus pensamientos sobre como el lector puede llegar a conocer - a recibir - a Jesus mas profundamente, practicando el Camino del Amor. Ella comparte historias biblicas, la sabiduria de la tradicion cristiana y sus propias historias personales de crecimiento espiritual a traves de las siete practicas que nos han sido dadas con antelacion: cambiar, aprender, orar, adorar, bendecir, ir y descansar. So often we think of the Christian faith as an obligation or as a set of beliefs that we must hold. With this outlook, we can lose sight of what is most important: the invitation to experience a loving, personal relationship with God. It's a relationship we can trust, where we can find refuge and solid ground upon which to stand. The Way of Love set forth by the Episcopal Church's Presiding Bishop Michael Bruce Curry is the journey of a lifetime. It's a way of knowing God, receiving and sharing Jesus' love, and being a blessing to the world. Mariann Edgar Budde shares her thoughts on how the reader can come to know-to receive-Jesus more deeply in practicing the Way of Love. Through the seven practices that have been put before us: to turn, to learn, to pray and to worship, to bless, to go, and to rest, she will share biblical stories, wisdom from the Christian tradition, and her own personal stories of spiritual growth.

MARIANN EDGAR BUDDE is the ninth bishop of the Episcopal Diocese of Washington and serves as president of the Protestant Episcopal Cathedral Foundation. Prior to this, she served as rector of St. John's Episcopal Church in Minneapolis. She earned her masters in divinity and doctor of ministry degrees from Virginia Theological Seminary. The author of Gathering the Fragments: Preaching as Spiritual Practice, her sermons have been published in books and journals. Michael B. Curry serves the Episcopal Church as its 27th Presiding Bishop. He was the Bishop of North Carolina from 2000 to 2015. He has had a national preaching and teaching ministry, has been featured on The Protestant Hour and Day 1, and is a frequent speaker at conferences around the country. He received honorary degrees from Sewanee and Yale. He lives in Raleigh, North Carolina. Yoimel Gonzalez Hernandez was born in Cuba, where he developed a leadership as a lay person in the Presbyterian Church. He studied in the Seminario Evangelico de Teologia, in Matanzas, where he graduated as Licenciado in 2005 and as a Master in 2019. He came to live in the United States in 2016, where be became Episcopalian. He graduated from the Anglican Studies Program in Virginia Theological Seminary (VTS) in 2019 and was ordained as a priest in the Diocese of Washington that same year. He works currently as an Associate Rector in St. Albans Episcopal Church, in DC and as a Dean of the Diocesan Latino Deacons School.