I Will Arise and Go Now

Reflections on the Meaning of Places and People 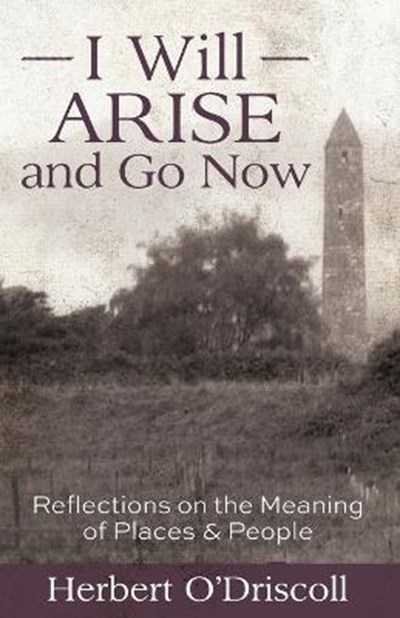 I Will Arise and Go Now

Reflections on the Meaning of Places and People

"I would like to think that there are things in my own life that might attract the interest of others-even if only to spark in them a recollection of similar escapades and experiences of their own." - Herbert O'Driscoll

Beloved preacher and author, Herbert O'Driscoll, offers his life story in his own words. The first section includes memories from his childhood and student years lived mainly in the south of Ireland.

The second section tells stories from his years of active ministry in Canada, the United States, and other parts of the world church. The last portion recalls experiences from his retirement years and his facilitation of pilgrimages to the Middle East, Ireland, and Great Britain.

"One could say it has been a relatively unadventurous life, but it is one in which I have been given gifts of love and friendship, and opportunities to learn and grow, far beyond my counting or deserving . . . These pages allow me to revisit in memory the times when, and places where, I was given something of lasting, permanent value-an image, an idea, an insight-and the people who gave them to me or in whose company I shared them."

HERBERT O'DRISCOLL was born in Ireland and immigrated to Canada and became one of the most highly regarded preachers in the Anglican Church. Much sought-after internationally as a speaker, teacher, and leader of retreats and pilgrimages, he is known as a popular broadcaster and print commentator, prolific hymn writer, and the author of numerous books on Bible interpretation and the spiritual life, many of which reflect Celtic spirituality. O'Driscoll continues to write from active retirement in British Columbia, where he lives with his wife.