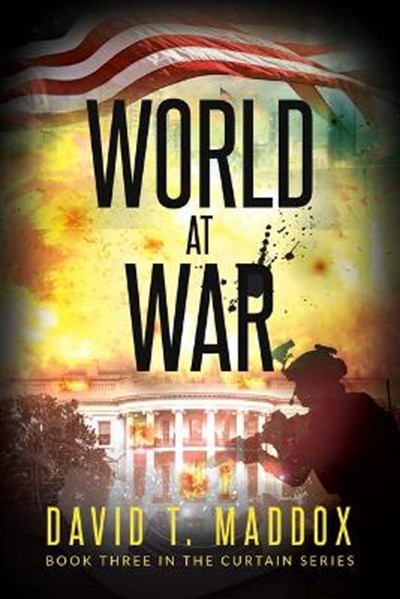 Publisher: Made For Success
ISBN: 9781641463676
Number of Pages: 250
Published: 21/11/2018
Width: 15.2 cm
Height: 22.9 cm
Description Author Information Reviews
For readers who love The Last Jihad by Joel C. Rosenberg THE STAGE IS SET FOR WAR...Highly orchestrated plans are put into motion to inflict terror across the country. Plans to use America's trucking and shipping infrastructure to destroy the fabric of our society while involving Russia to neutralize America's nuclear threat are in full motion. Israel is being attacked even as moderate Arab leaders are assassinated to create a fundamentalist Middle East. If the plan succeeds, America would be left without refinery capacity, electricity and water purification in a single day. Who will lead a bitterly divided country and just what role if any does the US play in history's last days? Extrapolating from historical research and forecasting into the future, this question is addressed as the President discovers what his nation faces. It doesn't seem there are any good options and that deliverance is impossible. But we live in a world that is far beyond what we can see. In this conclusion to The Curtain Series, the spiritual battle lines are drawn between the forces of light and darkness and the immediacy and dimensions of the threat become known in the physical world. President Strong knows what is coming and calls America to stand before God... before it faces its enemies.

DAVID T. MADDOX, after a 40-year legal career as a civil litigator and decades of prayer for revival, while teaching God's Word and making disciples, a cancer diagnosis interrupted David and gave him time to finalize a book he had written seven years earlier. However, shortly after the publication of The Curtain series-Book 1, David passed through the curtain himself to his heavenly home. He left his wife Janet, four adult children, eight grandchildren and volumes 2 & 3 of The Curtain series.