Idol of Our Age

How the Religion of Humanity Subverts Christianity 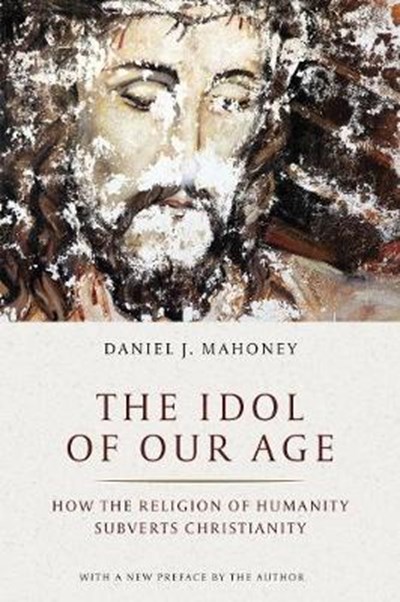 Idol of Our Age

How the Religion of Humanity Subverts Christianity

QTY
Add to Basket
Publisher: Encounter Books,USA
ISBN: 9781641770927
Number of Pages: 186
Published: 30/04/2020
Width: 15.2 cm
Height: 22.8 cm
Description Author Information Reviews
This book is a learned essay at the intersection of politics, philosophy, and religion. It is first and foremost a diagnosis and critique of the secular religion of our time, humanitarianism, or the "religion of humanity." It argues that the humanitarian impulse to regard modern man as the measure of all things has begun to corrupt Christianity itself, reducing it to an inordinate concern for "social justice," radical political change, and an increasingly fanatical egalitarianism. Christianity thus loses its transcendental reference points at the same time that it undermines balanced political judgment. Humanitarians, secular or religious, confuse peace with pacifism, equitable social arrangements with socialism, and moral judgment with utopianism and sentimentality. With a foreword by the distinguished political philosopher Pierre Manent, Mahoney's book follows Pope Emeritus Benedict XVI in affirming that Christianity is in no way reducible to a "humanitarian moral message." In a pungent if respectful analysis, it demonstrates that Pope Francis has increasingly confused the Gospel with left-wing humanitarianism and egalitarianism that owes little to classical or Christian wisdom. It takes its bearings from a series of thinkers (Orestes Brownson, Aurel Kolnai, Vladimir Soloviev, and Aleksandr Solzhenitsyn) who have been instructive critics of the "religion of humanity." These thinkers were men of peace who rejected ideological pacifism and never confused Christianity with unthinking sentimentality. The book ends by affirming the power of reason, informed by revealed faith, to provide a humanizing alternative to utopian illusions and nihilistic despair.

Daniel J. Mahoney holds the Augustine Chair in Distinguished Scholarship at Assumption College, where he has taught since 1986. He is a specialist in French political philosophy, anti-totalitarian thought, and the intersection of religion and politics. His books include The Liberal Political Science of Raymond Aron (1992), De Gaulle: Statesmanship, Grandeur, and Modern Democracy (1996), The Conservative Foundations of the Liberal Order (2010), and The Other Solzhenitsyn: Telling the Truth about a Misunderstood Writer and Thinker (2014). He is executive editor of Perspectives on Political Science and book review editor of Society. In 1999, he was awarded the Prix Raymond Aron.