Nothing Bad Between Us 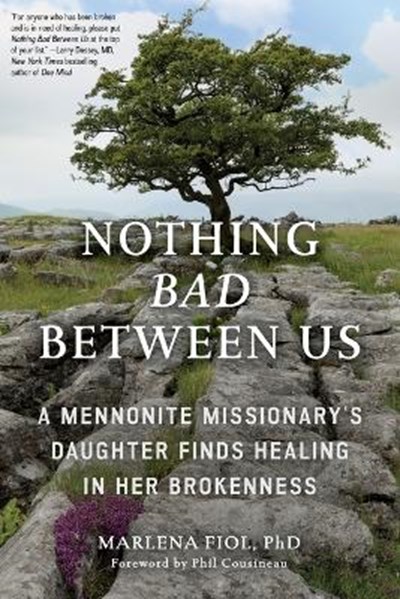 Nothing Bad Between Us

QTY
Add to Basket
Publisher: Mango Media
ISBN: 9781642503586
Number of Pages: 232
Published: 27/10/2020
Description Author Information Reviews
An Incredible True Story About Family, Love and Forgiveness "This is one of the most moving and, ultimately, hopeful books I have ever read." -Jean M. Bartunek, PhD, professor of management and organization, Boston College and former president of the Academy of Management Finalist 2021 Eric Hoffer Award #1 New Release in Mennonite Christianity After being publicly humiliated in front of her entire close-knit Mennonite community, Marlena Fiol didn't know how she would recover. Follow her journey from an abusive upbringing in Paraguay to escape, love, and loss in the United States and finally on to forgiveness and reconciliation. Discover a story of healing and personal transformation. Marlena's childhood was full of contradictions. Her father was both a heroic doctor for people with leprosy and an abusive parent. Her Mennonite missionary community was both a devoted tribe and a controlling society. And Marlena longed to both be accepted in Paraguay and escape to somewhere new. In Nothing Bad Between Us, follow Marlena's journey as she takes control of her life and learns to be her authentic self, scars and imperfections included. Uncover inner peace and inner strength. Nothing Bad Between Us is a story of brokenness and eventual redemption that taps into our collective yearning for healing and forgiveness. As you read Marlena's story, you will: Learn how to forgive yourself and others without giving up your personal growth and self-confidence Discover that transformation and redemption often exist even in the most broken parts of who you are Find out how to stand in your power, knowing that vulnerability won't lead to your downfall, but to increasing courage, connection, and authenticity Readers of memoirs about family, self-healing, and the strength of a woman like The Glass Castle, Love Warrior, and Leaving the Witness will be captivated by Nothing Bad Between Us.

Marlena Fiol, PhD, is the author of the inspiring memoir Nothing Bad Between Us. Her book is a narrative exploration of her own identity journey from a tortured and rebellious childhood as a Mennonite missionary kid on a leprosy compound to eventual reconciliation with her people and within herself. Marlena has written dozens of articles exploring the themes of loss, suffering, healing, learning, love, redemption, and reconciliation. Before becoming a writer of literary essays and blogs, she received worldwide acclaim for her work on learning and identity. This work examined how people within and around organizations make sense of who they are in relation to others, and how that sense of self can change. Marlena and her husband Ed find both light playfulness and intense joy in their relationships with their grandchildren. They currently spend summers in lush, green Oregon and winters in sunny Arizona. You can learn more about Marlena and her work at marlenafiol.com. Phil Cousineau is an award-winning writer and filmmaker, teacher and editor, lecturer, storyteller and TV host. With more than thirty-five books translated into more than ten languages and 15 scriptwriting credits to his name, Cousineau has also appeared alongside mentors Joseph Campbell and Huston Smith. He is co-writer and host of Global Spirit and has also appeared on CNN, The Discovery Channel, NFL Films, and more. He has been interviewed for stories in Time, Newsweek, and The New York Times. Cousineau lives with his family in North Beach in San Francisco, California. Learn more about his work at http://www.philcousineau.com.