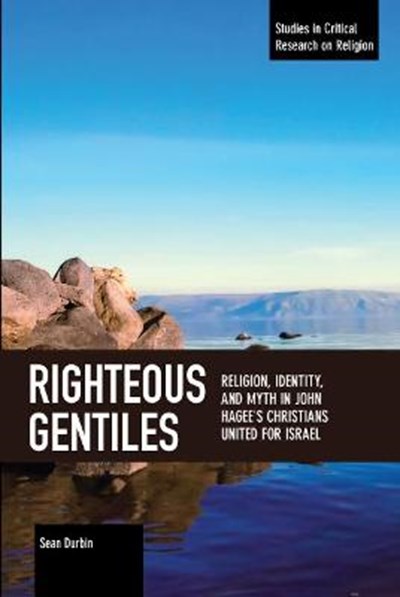 QTY
Add to Basket
Publisher: Haymarket Books
ISBN: 9781642590760
Number of Pages: 264
Published: 09/04/2020
Width: 15.2 cm
Height: 22.8 cm
Description Author Information Reviews
In Righteous Gentiles: Religion, Identity, and Myth in John Hagee's Christians United for Israel, Sean Durbin offers a critical analysis of America's largest Pro-Israel organization, Christians United for Israel, along with its critics and collaborators. Although many observers focus on Christian Zionism's influence on American foreign policy, or whether or not Christian Zionism is 'truly' religious, Righteous Gentiles takes a different approach. Through his creative and critical analysis of Christian Zionists' rhetoric and mythmaking strategies, Durbin demonstrates how they represent their identities and political activities as authentically religious. At the same time, Durbin examines the role that Jews and the state of Israel play as vehicles or empty signifiers through which Christian Zionist truth claims are represented as manifestly real.

Sean Durbin, PhD (2014), Macquarie University, has taught at universities throughout Australia. He is editor of the journal Relegere: Studies in Religion and Reception, and has published numerous articles and book chapters on Christian Zionism.