Making of Capitalism in France

Class Structures, Economic Development, the State and the Formation of the French Working Class, 1750-1914 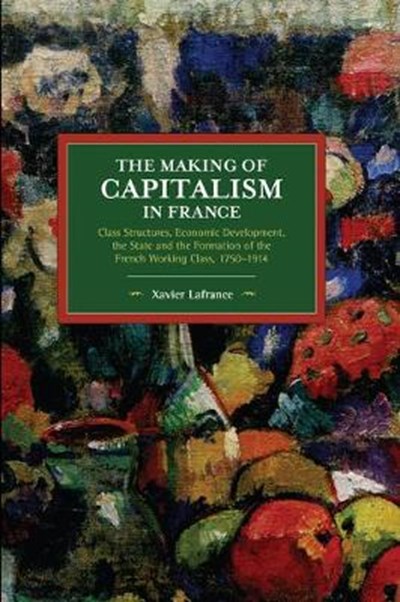 Making of Capitalism in France

Class Structures, Economic Development, the State and the Formation of the French Working Class, 1750-1914

QTY
Add to Basket
Publisher: Haymarket Books
ISBN: 9781642591880
Number of Pages: 312
Published: 30/07/2020
Width: 15.2 cm
Height: 22.8 cm
Description Author Information Reviews
Very few authors have addressed the origins of capitalism in France as the emergence of a distinct form of historical society, premised on a new configuration of social power, rather than as an extension of commercial activities liberated from feudal obstacles. Xavier Lafrance offers the first thorough historical analysis of the origins of capitalist social property relations in France from a 'political Marxis' or 'Capital-centric Marxist' perspective. Putting emphasis on the role of the state, The Making of Capitalism in France shows how the capitalist system was first imported into France in an industrial form considerably later than is usually assumed. This work demonstrates that the French Revolution was not capitalist, and in fact consolidated customary regulations that formed the bedrock of the formation of the working class.

Xavier Lafrance, Ph.D. (2013), York University, is Professor of political science at the Universite du Quebec a Montreal. With Charles Post, he is the editor of Case Studies in the Origins of Capitalism(Palgrave 2018).