For and Against the Bible 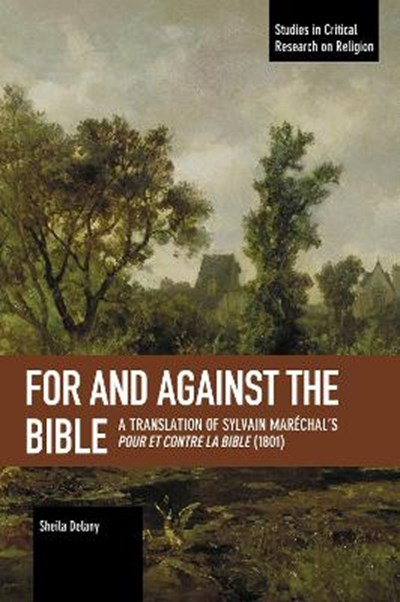 For and Against the Bible

QTY
Add to Basket
Publisher: Haymarket Books
ISBN: 9781642594263
Number of Pages: 200
Published: 15/07/2021
Width: 15.2 cm
Height: 22.8 cm
Description Author Information Reviews
In this first translation of Sylvain Marechal's Bible commentary, Sheila Delany offers an important document in the history of modern European secularization and rationalist Bible criticism. Editor of one of France's best-known radical journals, Revolutions de Paris, and author in many genres-drama, poetry, journalism, treatise-Marechal (1750-1803) embraced the revolutionary egalitarian ideas of Francois-Noel "Gracchus" Babeuf. As an atheist, he witnessed with dismay the advent of Napoleon and the post-revolutionary return of Catholic fervor. For and Against the Bible was his protest, his reminder of what the nation had endured and of what, at the opening of the nineteenth century, it might still accomplish. Delany's introduction and annotated English translation will be of importance to all interested in Jewish or Christian Bible studies, history of Bible criticism, eighteenth century European rationalism, French atheism, modern European secularism.

Sheila Delany, Professor Emerita at Simon Fraser University, obtained her Ph.D. from Columbia University. She has written many articles and books in medieval studies, especially Chaucer, and has translated two other works by Sylvain Marechal: his satirical legendary, which appeared as Anti-saints (2012), and his novella of a cross-dressing young Parisienne, The Woman Priest (2016), both with University of Alberta Press.