Illustrating Christ's Love Through the Church in One Accord 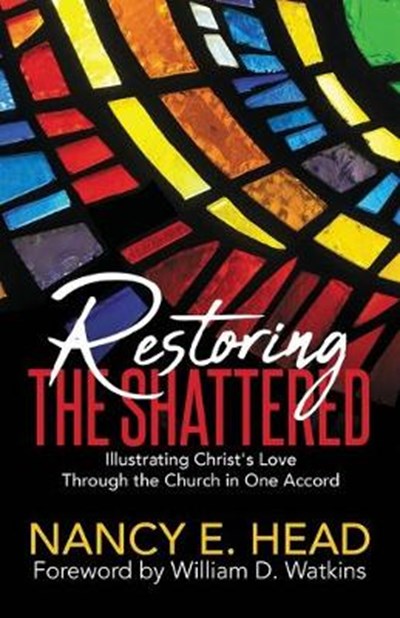 Illustrating Christ's Love Through the Church in One Accord

QTY
Add to Basket
Publisher: Morgan James Publishing llc
ISBN: 9781642790498
Number of Pages: 238
Published: 22/01/2019
Width: 13.9 cm
Height: 21.5 cm
Description Author Information Reviews
Written in an easy-to-understand, conversational style, Restoring the Shattered is an account of Nancy E. Head's journey through single-motherhood and poverty. The permanent divide between her and her husband led to a shattering of their family as the children settled into separate camps. The story begins when Nancy and her children have little to eat. Through a miraculous intervention, God provides-and leads them along their way. Other interventions and more guidance came from people of different denominations, illustrating Christ's love through the larger Church. When one of Nancy's grown children became Catholic, she became more aware of the ways her own evangelical tradition often dismisses Catholic believers and misinterprets many of their doctrines. While doctrines may differ, so many essential beliefs are the same. Restoring the Shattered looks at the causes of the Reformation and other schisms, and how the original schism in Christianity happened because of a mistranslation. Misunderstanding others' faith languages feeds so much separation today. Nancy encourages pursuing accord among evangelical, Catholic, and Christian Orthodox communities in order to lead the Church to the kind of ministry that helped Nancy's family so much and rebuild the ruins of society through obedience to Christ's call for Christian accord.

Nancy E. Head attends the non-denominational First Church of Christ. Nancy is a lifelong resident of Blair County in central Pennsylvania, dwelling for most of her years in Altoona-with a brief interval in Logan Township. She is a graduate of Penn State and Indiana University of Pennsylvania. She teaches Advanced Placement English at Great Commission Schools and composition classes at Penn State Altoona. Nancy is a United States Armed Forces Mother and a member of the Blair County Republican Committee and Toastmasters. Nancy worked in both radio and print journalism before becoming a high school and college-level teacher. She blogs about Church and social issues twice weekly, and CBN.com has published several of her devotionals. Her experiences as a single mother raising five young children showed her how poverty alleviation is an issue for the church and an issue requiring a Church in accord.