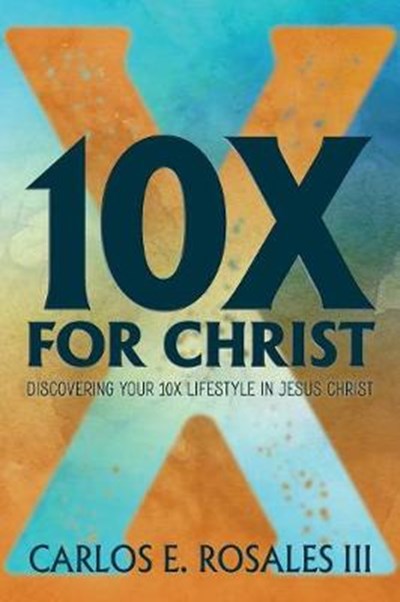 QTY
Add to Basket
Publisher: Morgan James Publishing llc
ISBN: 9781642792621
Number of Pages: 336
Published: 16/07/2019
Width: 15.5 cm
Height: 23.3 cm
Description Author Information Reviews
God's calling you into to the big league and 10X For Christ is your playbook! Coming to faith as an adult, Carlos E Rosales III experienced many challenges to his faith. Led by the Holy Spirit, he was challenged by the story of four young Jewish men who were taken into captivity but had the boldness to defy their captors and take a stand for the God they served. This devotional is a daily journey in discovering how you too can live with boldness in your walk with Christ, inspired by the courage of four young men named Daniel, Hananiah, Mishael, and Azariah-the latter three more commonly known as Shadrach, Meshach, and Abednego. 10X For Christ examines the basic principles of living a Daniel 1:20 lifestyle. Each of the five 10-week studies explores key elements to a 10X life, such as journeying from forgiveness, recognizing that everyone is a masterpiece in God's eyes, and more. It's time for believers to get off the bench and get into the game by discovering their greater purpose and God's plan that brings peace, significance, and abundant joy.

Carlos E Rosales III attends Champion Forest Baptist Church in Houston, TX. Coming to faith as an adult, Carlos has experienced many challenges to his faith. Carlos lives in Spring, Texas with his wife and has six children and seven grandchildren. He is an executive consultant, leadership coach, and advisory board chair with Convene.