Beyond the Golden Door

Seeing the American Dream through an Immigrant's Eyes 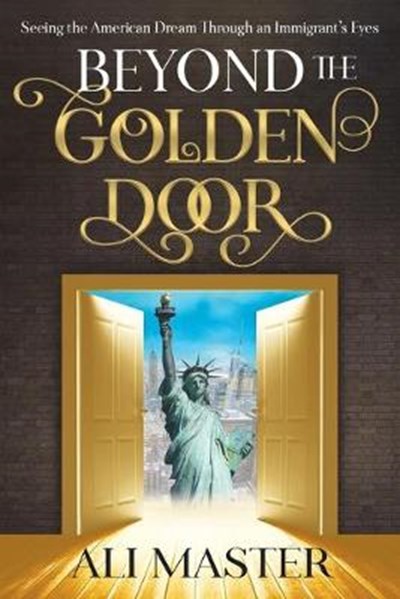 Beyond the Golden Door

Seeing the American Dream through an Immigrant's Eyes

QTY
Add to Basket
Publisher: Morgan James Publishing llc
ISBN: 9781642792850
Number of Pages: 234
Published: 02/07/2019
Width: 15.2 cm
Height: 22.8 cm
Description Author Information Reviews
Beyond the Golden Door is the compelling, sometimes tense, and often humorous story of how a Pakistani Muslim finds freedom, love, and a new faith while challenging readers to appreciate the liberties found in America and to consider their own spiritual journey.It's easy to talk about freedom. But unless someone has lived in a world that suffocates freedom, it's difficult to appreciate the liberty found in America. Beyond the Golden Door is the engaging true story of Ali Master, a Pakistani Muslim who immigrates to the United States to attend college and discovers five transformational freedoms along the way: the freedom to fail and start over, to love, to choose one's faith, to be an entrepreneur, and to self-govern. These American freedoms are shown in stark contrast to the life Ali lived in a developing Muslim country and he asks the question: what are the roots of these precious American freedoms? Ultimately, readers discover that this tale is about God, the true source of liberty, and how He works in people's lives to bring about unexpected and undeserved redemption. Beyond the Golden Door encourages Americans to consider how they can preserve their precious freedoms and contribute to their country's legacy, as well as the deeper challenge of considering their own life journey. A call to value and preserve American freedoms, Beyond the Golden Door extends an invitation for readers to consider ultimate freedom in Jesus Christ.

Ali Master's perspective on the American Dream is unique. He has personally experienced the freedoms he touts and because he is a former Muslim some of these, such as the freedom of religion, came at a great personal risk. Ali is now a highly successful managing partner with the global firm of Ernst & Young (EY) and has built and led multiple large businesses. He is a licensed CPA and holds an undergraduate degree in accounting. Ali is also a member of EY's Diversity & Inclusiveness Council and is a frequent speaker on a range of topics from business, to inclusion, to leadership. He lives in North Texas with his wife and 4 children but travels frequently across the U.S. and internationally.