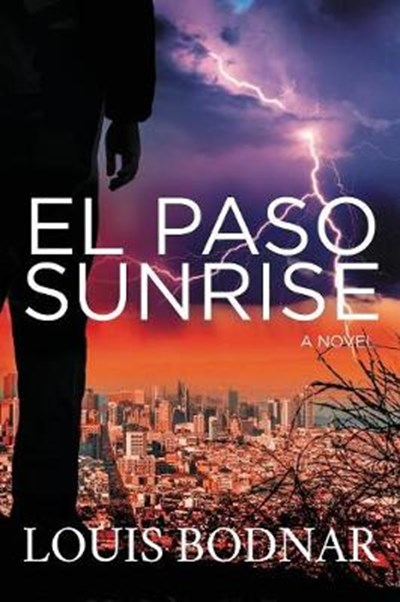 eBook FAQ
Add to Basket
Publisher: Morgan James Publishing llc
ISBN: 9781642793253
Number of Pages: 292
Published: 24/09/2019
Width: 15.5 cm
Height: 23.3 cm
Description Author Information Reviews
El Paso Sunrise is the first of two stand-alone novels that together make a story of love, passion, obsession, intense hate, pure evil, violence, and horror, all brought keenly alive against the panorama of the radical transformation of America. After the Second American Civil War, the country has been radically transformed by progressives, Muslim radicals, and the American left from a Constitutional Republic to a Marxist dictatorship led by a Muslim President. In El Paso, Texas, the Russian and Muslim terrorist assassination squad is on its way to kill Steven Vandorol, a lawyer leading the Texas prosecution of Federal government corruption. Steven had all but lost everything when he fell hard from grace in the ultra-rich Sunbelt. Escaping to Washington, D.C., he once again finds himself embroiled in evil, corruption, sexual obsession, and addiction before confronting his own demons to find peace and serenity in El Paso ... but can he force his country and the government to face their demons before it's too late? Retired lawyer Louis Bodnar portrays a future with the literal choking of Canada, Great Britain, Europe, the Middle East, and particularly the sovereign state of Israel by Islamist radicals, ISIL, Hezbollah, Hamas and the spreading malignancy of worldwide Islamist Muslim Caliphate. It is a story of excruciating pain, complex emotions, crisis, and survival that draws darkly profound conclusions about today's crumbling American society. While El Paso Sunrise is a graphic story about evil in this world, it is also a timeless love story about goodness, faith, grace, and friendship blossoming during a national emergency-a clarion call to the world to remember what truly matters.

Louis Bodnar is a naturalized American citizen, born in Vilshofen, Germany, as his Hungarian parents fled from Budapest at the end of World War II. Louis immigrated to Brazil with his mother and older brother before immigrating to the United States to join his family in South Bronx, New York City. He received an undergraduate degree from Oklahoma State University, a Juris Doctorate from the University of Oklahoma College of Law and was a candidate for an L.L.M. at Georgetown University Law Center in Washington, D.C. Louis practiced law in Oklahoma, Washington D.C., Dallas and El Paso, Texas, and is now retired, working at Glenpool High School and living with his wife, Joan, in Broken Arrow, Oklahoma.