30 Days to Finding Hope, Faith, and Comfort in God's Truth 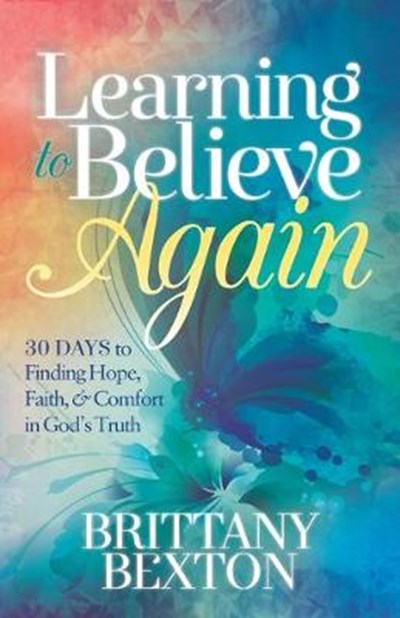 30 Days to Finding Hope, Faith, and Comfort in God's Truth

QTY
Add to Basket
Publisher: Morgan James Publishing llc
ISBN: 9781642795226
Number of Pages: 202
Published: 04/02/2020
Width: 13.9 cm
Height: 21.5 cm
Description Author Information Reviews
Learning to Believe Again guides people back to healing, hope, and belief by tackling some of the harder topics in the Bible in relation to healing from trauma, including: forgiveness, how to deal with abusive people, God's unfailing love, and regaining self-worth, among other topics. At some point in their life, most people face a trauma or harrowing loss that leaves them questioning God's presence, love, and protection. In the US alone, 1 in 3 people have experienced some form of domestic abuse, and an estimated 8 percent of Americans suffer from PTSD. Brittany Bexton takes readers on a 30-day devotional journey through the healing process, beginning with devotionals that address brokenness and loss. She then moves into days that address the challenges of trauma and abuse, providing practical, Biblical tools for healing and changing mindsets, before focusing on breakthroughs experienced through life's journey. Each day includes a plethora of supporting scriptures, as well as space for readers to journal. Designed to either be an easy, bedside reader with digestible thoughts for the day or a tool for deeper Bible study, Learning to Believe Again offers hope for continued healing, restoration, and growth.

Brittany Bexton grew up along the California coast and attended the Pacific Conservatory Theater (PCPA), where she studied acting, singing, and dancing. After doing professional theater for years, she decided it was time to pursue her own music more fully and began focusing on her own songwriting and performances, along with doing film, TV, and print work. In 2011, Brittany moved to Nashville, Tennessee to pursue her music full-time. Since moving to Nashville, Brittany has released two albums, with a third on the way, toured in 18 states, made TV and radio appearances, and had her music featured on both terrestrial, and online radio stations throughout the US, Europe, Canada, and Australia.