The Guide to Leading a Marriage Support Group 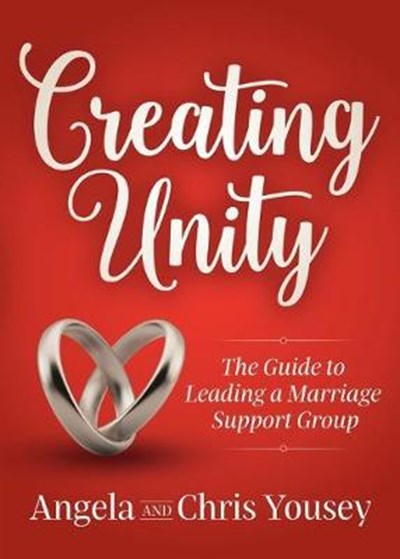 The Guide to Leading a Marriage Support Group

QTY
Add to Basket
Publisher: Morgan James Publishing llc
ISBN: 9781642797206
Number of Pages: 82
Published: 19/05/2020
Width: 12.7 cm
Height: 17.7 cm
Description Author Information Reviews
Creating Unity helps those who already feel the call to help build strong Christian marriages learn how to fulfill that calling. Over the last twenty-five years, Co-Pastors Angela Yousey and her husband, Chris Yousey, have hosted marriage conferences and provided biblical counseling for many couples. Their church, Spirit of Love Ministries, evolved from the many marriages they've helped. Within Creating Unity, Angela and Chris teach married men and women: The right and wrong ways to fight and reach the best resolution What they need to know to avoid financial stress in their marriage How kids win when they co-parent What every woman must have to be satisfied in her marriage What men long for but would never tell their wives The secrets to having great sex again

Angela Yousey and her husband, Chris Yousey, co-pastor at the Spirit of Love Ministries in Columbus, Ohio. For nearly twenty-seven years, they have worked with couples and families providing them with sound biblical counseling. Angela and Chris had both been divorced when they met. They understand what it takes to overcome the emotional pain of divorce after living through it. When she met her husband, he also desired to help restore marriages. They have been able to blend their two families together into a loving one. Together they have six sons and six grandchildren. Angela and Chris currently reside in Dublin, Ohio.