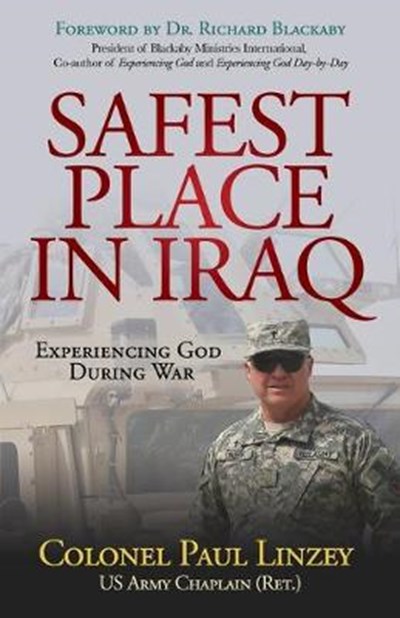 QTY
Add to Basket
Publisher: Morgan James Publishing llc
ISBN: 9781642799170
Number of Pages: 202
Published: 01/09/2020
Width: 13.9 cm
Height: 21.5 cm
Description Author Information Reviews
Safest Place in Iraq tells the stories of men and women who experienced God during the war in Iraq, demonstrating the truth that Christian military chaplains are still allowed to openly share Christ and provide pastoral ministry, if they do it right. Even on good days, living for Christ is a challenging, risk-laden endeavor. One way to make the task a bit easier is to see how other Christians have successfully navigated their temptations and struggles. Safest Place in Iraq aims to do just that, by peering behind the curtain and showing how one military chaplain handled the various dangers, people, and circumstances he encountered during his war-time deployment in South Central Iraq. The result is a story that ranges from death and destruction to friendship and faith, and from temptation and torment to redemption and revival. Colonel Paul Linzey US Army Chaplain (Ret.) identifies the broad themes that everyone-both Christian and non-Christian-has to deal with when the going gets tough. He also shows by example what it takes to overcome life's obstacles, whether dodging mortars in the desert, or fighting fear, loneliness, and temptation at home or at work. And in the process, Safest Place in Iraq shows that it is possible to remain true to one's values and calling as a person of faith in a hostile world.

A native of Southern California, Colonel Paul Linzey US Army Chaplain (Ret.) was a pastor before going into the Army as a chaplain. Retiring at the rank of Colonel, he now devotes his time to writing, mentoring, and teaching, when he's not traveling with his wife. Colonel Linzey graduated from Vanguard University in Costa Mesa, CA, with a major in biblical studies. He completed a Master of Divinity at Fuller Theological Seminary, the Doctor of Ministry in Pastoral Skills at Gordon-Conwell Theological Seminary, and an MFA in Creative Writing at the University of Tampa. He is an adjunct professor and mentor in the Doctor of Ministry program at Southeastern University and guest speaker for conferences, churches, and military organizations. Colonel Linzey served as an editor and writer for The Warriors Bible, which was published in 2014. He has written multiple books which have been featured in competitions, including Wisdom Built Biblical Principles of Marriage, a finalist in the Florida Writers Association's Royal Palms Literary Award Competition; and Safest Place in Iraq won first place in the Bible Studies & Nonfiction category at the 2019 North Georgia Christian Writers Conference Competition and a Gold First Place Award in the Florida Writers Association's Royal Palms Literary Award Competition for 2019. Colonel Linzey is from Southern California, but as an Army chaplain, has lived in Salt Lake City, Atlanta, Puerto Rico, Tampa, and Radcliff, KY. He currently resides in Lakeland, FL.