How a Once Barefoot Refugee Delivered Hope, Faith, and 20,000 Pairs of Shoes 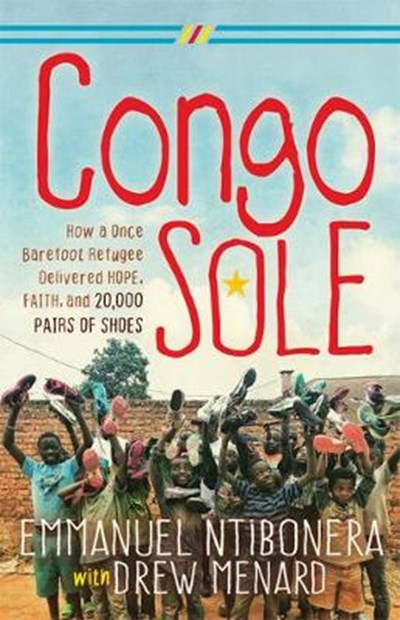 How a Once Barefoot Refugee Delivered Hope, Faith, and 20,000 Pairs of Shoes

eBook FAQ
Add to Basket
Publisher: Morgan James Publishing llc
ISBN: 9781642799279
Number of Pages: 196
Published: 13/10/2020
Width: 13.9 cm
Height: 21.5 cm
Description Author Information Reviews
A Congolese refugee turned Christian humanitarian shares his inspiring story of survival, faith, and finding your purpose. Emmanuel Ntibonera's quiet life in the Democratic Republic of the Congo was shattered when the Great War of Africa plunged his homeland into chaos. Only a boy, Emmanuel's childhood gave way to a daily fight for survival as a refugee. But when miracle-after-miracle pulled his family from the brink of death, Emmanuel devoted his life to God's work, whatever that may be. Fifteen years after escaping the Congo, Emmanuel decided to leave the safe borders of America and trace his footsteps back to the life he left behind. What he discovered in the Congo-disease, extreme poverty, deficient infrastructure, and, worst of all, a prevalent spirit of hopelessness-changed his life forever, setting him on an ambitious mission. As Emmanuel started collecting gently used footwear to bring hope to his people, his work united thousands across the country.

Emmanuel Ntibonera is a gifted public speaker, humanitarian at heart, and a singer/songwriter who has built a successful non-profit-the Ntibonera Foundation, which shares the love of Christ while bringing hope and relief to those suffering in the Congo and in Africa as a whole-from the ground up. Through his efforts, he has secured fundraising, booked gigs across the country, and raised ten thousand pairs of shoes through sheer dedication. Emmanuel enjoys playing soccer, traveling, and leading worship with his family band while raising awareness about the issues Congolese people face. He graduated from Liberty University with a bachelor's degree in health promotion and an MBA. Emmanuel was born in the Democratic Republic of the Congo and then moved to Kenya, where he lived as a refugee after his family was forced to flee their home due to war and political instability. He lives in Greensboro, North Carolina. Drew Menard is a professional writer living in Charlotte, NC, with his wife and four active boys. He earned a bachelor's degree in journalism and a master's in strategic communication from Liberty University, where he published his thesis on the emergent trend of transmedia storytelling. Drew is an award-winning columnist who has written extensively for magazines, newspapers, and digital publications. His creative projects also include developing screenplays and novels.