How God Redeems Pain for Our Good and His Glory 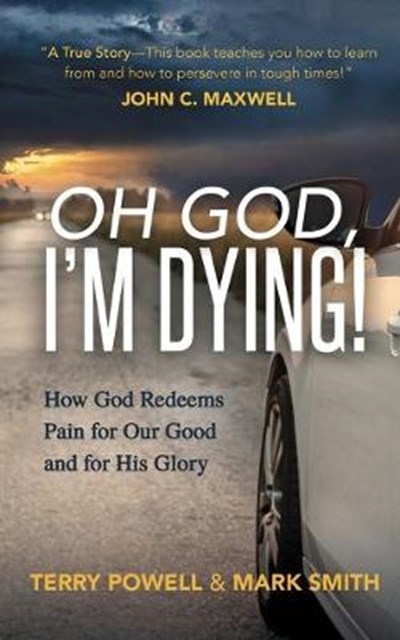 How God Redeems Pain for Our Good and His Glory

QTY
Add to Basket
Publisher: Morgan James Publishing llc
ISBN: 9781642799903
Number of Pages: 206
Published: 24/11/2020
Width: 12.7 cm
Height: 20.3 cm
Description Author Information Reviews
Oh God, I'm Dying! tells the riveting true story of a high-profile Christian leader, Mark Smith, who has lived with severe physical pain for over 24 years yet succeeds as the president of a well-known Christian university. Mark Smith's story vividly illustrates the debilitating pain stemming from a near-fatal auto crash, and the initial despondency that ensued. Each chapter of Oh God, I'm Dying! brims with slice-of-life anecdotes that show his experiences, rather than merely describing them. The narrative identifies tried-and-true means of God's grace in his life, including: Heartfelt prayer Reliance on God's Word Depending on others in the body of Christ Using Christian songs to soothe the soul Utilizing medical intervention to assuage the pain. Oh God, I'm Dying! reveals how Mark's faith in Christ was tested, and ultimately deepened, due to the accident. Anyone who experiences chronic physical pain or illness, or other forms of affliction, discover the encouraging irony of how God redeems pain for the good of His people, and for His own glory. The result of the narrative will be renewed hope that God can use broken people, enhancing their usefulness not in spite of suffering, but because of it. Subsequent to the narrative are 10 "Faith Lessons", each rooted in Mark's story, which explain biblical insights and apply them to various spheres of suffering.

Terry Powell taught for 38 years in the Church Ministry program at Columbia International University. He earned his PhD from Trinity Evangelical Divinity School. For a total of twelve years, he served in both full-time and part-time capacities as an associate staff member of three churches. He is a licensed preacher in the Presbyterian Church of America (PCA). Terry has written or coauthored 19 books, including Serve Strong: Biblical Encouragement to Sustain God's Servants (Leafwood). He has taught courses or seminars in at least fifteen countries. He maintains a blog on depression and faith, penetratingthedarkness.com. Terry and his wife, Dolly, have two grown sons, a daughter by marriage, and a grandson. Dr. Mark A. Smith is President of Columbia International University, a growing university in South Carolina. He previously served as President of Ohio Christian University for 12 years, where he led a team of experts in growing the University from 380 to more than 4,700 students and helped fund $30 million in facilities. He has served on the Board of Directors for Associates for Biblical Higher Education (ABHE) and Columbus 2020. He was on the State Board of Education in Ohio and currently serves on the ELEOS Corporate Board. The governor of South Carolina recently appointed him to the South Carolina Commission of Higher Education. Dr. Smith has a B.A. from Hobe Sound Bible College, a M.S. from Northeastern State University and graduated from West Virginia University with a Doctorate in Education Administration. Dr. Smith completed Harvard University's Institute of Educational Management for Executive Management. Dr. Smith and his wife, Debbie, have two children.