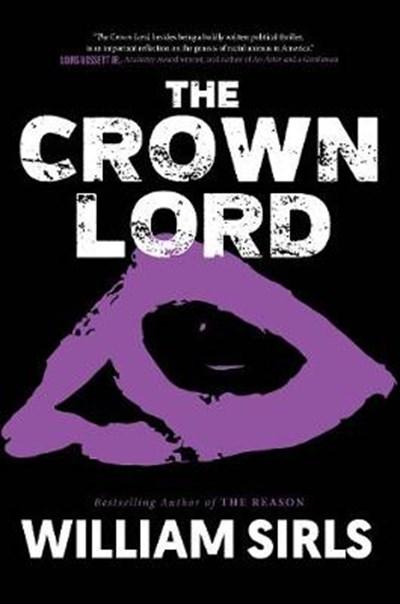 Publisher: Rare Bird Books
ISBN: 9781644281154
Number of Pages: 392
Published: 30/04/2020
Width: 15.2 cm
Height: 22.9 cm
Description Author Information Reviews
After a successful revolt in 1846 that reversed the roles of slaves and masters, modern-day America is now dominated by a wealthy, black ruling class and whites are dealing with decades of oppression and prejudice. When his father, a civil rights attorney, is killed after defending a white man, seventeen-year-old Willie Gibbons is forced to move to Michigan with his uncle and thrust into the heart of the racial divide. The search for his father's killer lands Willie on the wrong side of a powerful and shadowy black supremacist group known as The Crown, a dangerous place for any man-black or white. The Crown Lord is a stark and jarring look at race, class, and the American Dream that will keep readers on edge.

Over the course of his life, William Sirls has experienced both great highs and tremendous lows-some born of chance, some born of choice. Once a senior vice president at a major investment firm, he was incarcerated in 2007 for wire fraud and money laundering, where he learned a great deal more than he ever bargained for. Life lessons involving faith, grace, patience, and forgiveness are evident in his writing. He is the father of two and makes his home in southern California.