Swords of the Vatican

Reflections of a Witness to Evil 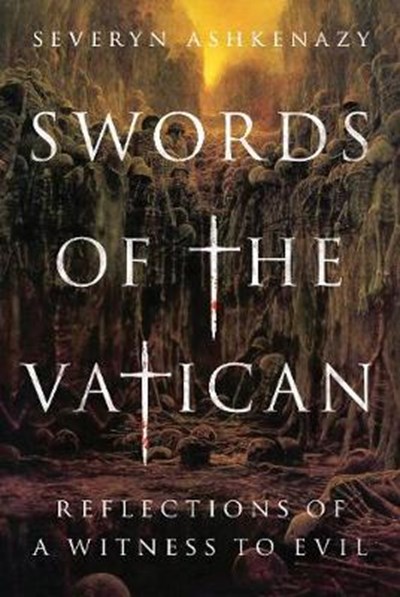 Swords of the Vatican

Reflections of a Witness to Evil

Publisher: Rare Bird Books
ISBN: 9781644281260
Number of Pages: 240
Published: 28/05/2020
Width: 15.2 cm
Height: 22.9 cm
Description Author Information Reviews
When I decided to write this book, my intention was not to undermine faith. I recognized that tens of thousands of years ago man already felt the need to construct a representation of a higher power to which he willingly submitted. Believing in something collective and unifying is a fundamental aspect of the human condition. This book is not an attempt to contradict this notion, but rather to develop a deeper understanding of it. My aim is to offer renewed scrutiny and focus on the continuing legacy of fear and hatred among the world's three Abrahamic faiths. How much longer will the leaders of the Abrahamic-based religions believe that they can continue to mislead the faithful, while the major eastern religions and philosophies continue to thrive in peace. Needless to say, the Bible is here to stay. However, the survival of the Abrahamic religions will only be possible if kinder, more enlightened interpretations and fundamental reforms are adopted.

Severyn Ashkenazy was born in Poland in 1936. He survived the holocaust with his parents and brother. Mr. Ashkenazy emigrated to the United States, where he attended UCLA Graduate School, studying literature and advancing to a PhD candidacy. Mr. Ashkenazy is the founder of The L'Ermitage Hotel Group. He also founded and is past chairman of Small Luxury Hotels of the World. Among his charitable works, Mr. Ashkenazy founded L'Ermitage Foundation, which supports children's causes. He was named "Man of the Year" by ORT (the world's largest Jewish education organization). Severyn Ashkenazy founded and continues to support Beit Warszawa-the first progressive Jewish community in Poland since the Second World War-and Beit Polska, the umbrella organization for all progressive Jewish communities in Poland.