From Mesopotamia to the Mishnah

Tannaitic Inheritance Law in its Legal and Social Contexts 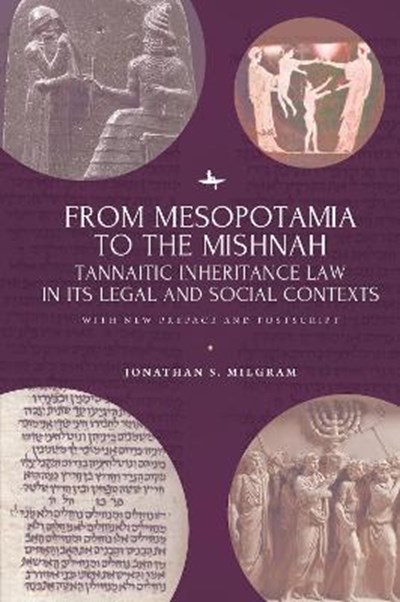 From Mesopotamia to the Mishnah

Tannaitic Inheritance Law in its Legal and Social Contexts

QTY
Add to Basket
Publisher: Academic Studies Press
ISBN: 9781644690277
Number of Pages: 230
Published: 16/05/2019
Width: 15.2 cm
Height: 22.9 cm
Description Author Information Reviews
Employing text critical methods, Jonathan S. Milgram argues that, in the absence of the hermeneutic underpinnings for tannaitic innovations, the inheritance laws of the tannaim were not the result of the rabbinic penchant for inventive interpretation of Scripture. Turning to biblical, ancient near eastern, Second Temple, Greek, Elephantine, Judean desert, and Roman sources, the author finds conceptual and terminological parallels adopted and adapted by the tannaim and argues for a close affinity between some Roman institutions and their tannaitic counterparts. Since the tannaitic traditions reflect the social and economic contexts of the tannaitic period-the nuclear family on privatized landholdings in urban centers-the author also considers the degree to which the laws may have emerged out of these contexts.

Jonathan S. Milgram (PhD, Bar Ilan University) is Associate Professor of Talmud and Rabbinics at the Jewish Theological Seminary (New York) and was previously the Sam and Vivienne Cohen Lecturer in Jewish Studies at the University of London's School of Oriental and African Studies and Fellow of the London School of Jewish Studies.