Swimming against the Current

Reimagining Jewish Tradition in the Twenty-First Century. Essays in Honor of Chaim Seidler-Feller 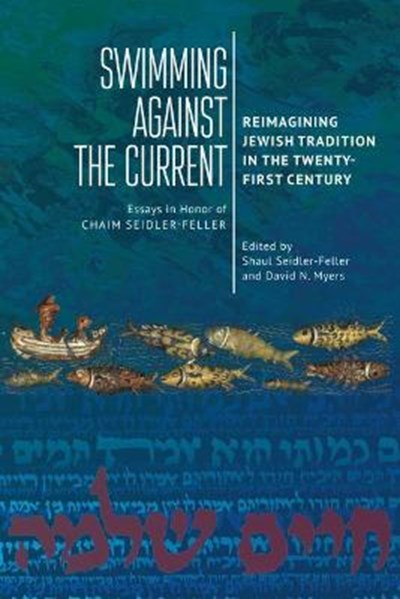 Swimming against the Current

Reimagining Jewish Tradition in the Twenty-First Century. Essays in Honor of Chaim Seidler-Feller

eBook FAQ
Add to Basket
Publisher: Academic Studies Press
ISBN: 9781644693070
Number of Pages: 446
Published: 30/04/2020
Width: 15.6 cm
Height: 23.4 cm
Description Author Information Reviews
Swimming against the Current comprises a collection of essays celebrating the career and achievements of Rabbi Chaim Seidler-Feller, who served as Executive Director of Hillel at UCLA for forty years and continues to be an influential leader in the Los Angeles and wider American Jewish community. These articles, like the honoree, challenge intellectual convention and accepted wisdom by breaking new ground in how they approach their subjects. They are divided into four categories that hold special interest for Seidler-Feller: Bible and Talmud, Jewish Thought and Theology, Modern Jewish History and Sociology, and Zionism and Jewish Politics. The volume also includes a sketch of Seidler-Feller's life and work, a bibliography of his publications, and tributes by students and colleagues.

Shaul Seidler-Feller is a doctoral candidate in modern Jewish history at the Hebrew University of Jerusalem and a Judaica consultant at Sotheby's New York. Together with Sharon Liberman Mintz and David Wachtel, he coedited The Writing on the Wall: A Catalogue of Judaica Broadsides from the Valmadonna Trust Library. David N. Myers holds the Sady and Ludwig Kahn Chair in Jewish History at UCLA, where he directs the Luskin Center for History and Policy. He is the author or editor of fifteen books in the field of Jewish history.