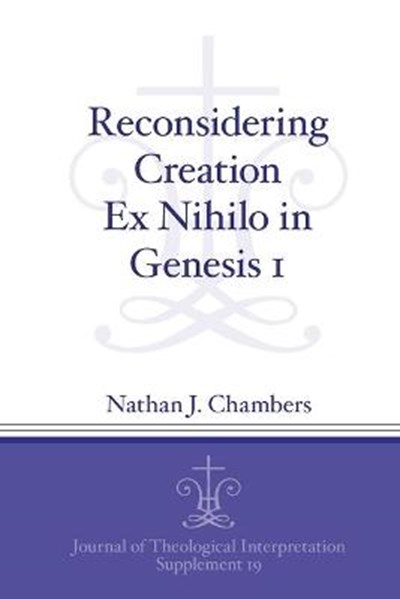 eBook FAQ
Add to Basket
Publisher: Eisenbrauns
ISBN: 9781646020652
Number of Pages: 290
Published: 19/10/2020
Width: 15.2 cm
Height: 22.9 cm
Description Author Information Reviews
There is a broad consensus among biblical scholars that creation ex nihilo (from nothing) is a late Hellenistic concept with little inherent connection to Genesis 1 and other biblical creation texts. In this book, Nathan J. Chambers forces us to reconsider the question, arguing in favor of reading this chapter of the Bible in terms of ex nihilo creation and demonstrating that there is a sound basis for the early Christian development of the doctrine. Drawing on the theology of Augustine of Hippo and Thomas Aquinas, Chambers considers what the ex nihilo doctrine means and does in classical Christian dogma. He examines ancient Near Eastern cosmological texts that provide a potential context for reading Genesis 1. Recognizing the distance between the possible historical and theological frameworks for interpreting the text, he illuminates how this doctrine developed within early Christian thought as a consequence of the church's commitment to reading Genesis 1 as part of Christian Scripture. Through original close readings of the chapter that engage critically with the work of Jon Levenson, Hermann Gunkel, and Brevard Childs, Chambers demonstrates that, far from precluding interpretive possibilities, reading Genesis 1 in terms of creation from nothing opens up a variety of interpretive avenues that have largely been overlooked in contemporary biblical scholarship. Timely and innovative, this book makes the case for a new (or recovered) framework for reading Genesis 1 that will appeal to biblical studies scholars and seminarians.