Religion and the Common Good 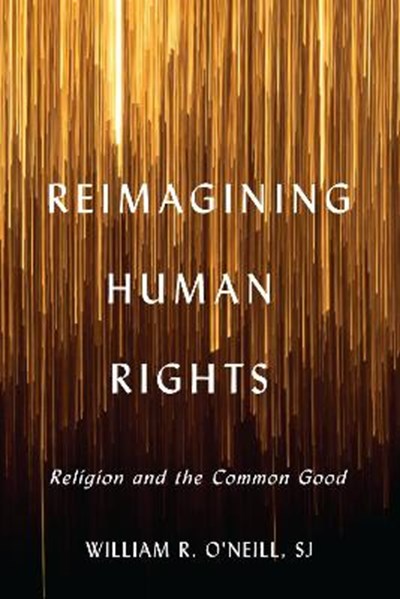 Religion and the Common Good

QTY
Add to Basket
Publisher: Georgetown University Press
ISBN: 9781647120351
Number of Pages: 264
Published: 07/01/2021
Width: 15.2 cm
Height: 22.9 cm
Description Author Information Reviews
An interpretation of human rights that centers on the rhetorical-and religious-power of testimony. Jeremy Bentham described the idea of human rights as "rhetorical nonsense." In Reimagining Human Rights, William O'Neill shows that the rhetorical aspect of human rights is in fact crucial. By examining how victims and their advocates embrace the rhetoric of human rights to tell their stories, he presents an interpretation of human rights "from below," showing what victims of atrocity and advocates do with rights. Drawing on African writings that center around victims' stories-including Desmond Tutu's on the Truth and Reconciliation Commission-and modern Roman Catholic social teaching, O'Neill reconciles the false dichotomy between the individualistic perspective of the human rights theories of Immanuel Kant, Jurgen Habermas, and John Rawls and local or ethnocentric conceptions of the common good in Alasdair MacIntyre and Richard Rorty. He shows that the testimony of victims leads us to a new conception of the common good, based on rights as narrative grammar-that is, rights are not only a grammar of dissent against atrocity but let new stories be told. O'Neill shows how the rhetoric of human rights can dismantle old narratives of power and advance new ones, reconstructing victim's claims, often in a religious key, along the way. He then applies this new approach to three areas: race and mass incarceration in the United States, the politics of immigration and refugee policy, and ecological responsibility and our duties to the next generation.

William O'Neill, SJ, is a professor emeritus of social ethics at the Jesuit School of Theology of Santa Clara University. He held the Jesuit Chair at Georgetown University from 2003-04 and has served on the editorial board of the Journal of the Society of Christian Ethics and the board of directors of Theological Studies. He is the author of numerous articles on moral theology and ethics and The Ethics of Our Climate: Hermeneutics and Ethical Theory (Georgetown University Press, 1994). He is currently serving as a member of the Mission and Identity Task Force for the Jesuit Refugee Service, stationed in Nairobi, Kenya.