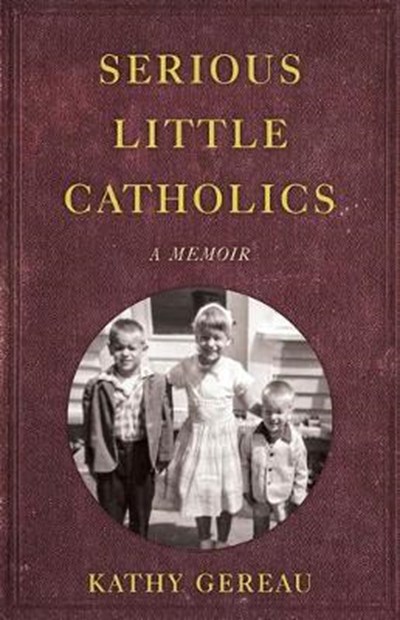 QTY
Add to Basket
Publisher: She Writes Press
ISBN: 9781647421106
Number of Pages: 264
Published: 08/06/2021
Width: 13.9 cm
Height: 21.5 cm
Description Author Information Reviews
Serious Little Catholics follows Kathy Gereau, the oldest of seven children, as she grows up in the mid-'50s and '60s and makes her way through Catholic school alongside her siblings. Initially, she buys into the mysteries of faith and the litany of rules being spouted by the Sisters of Mercy. But when her fourth grade teacher tells the class that Kathy's sweet little Protestant grandmother would never be admitted into heaven, she begins to question the rigid dogma of the church. Later, she discovers that not all boys are as goofy as her brothers and struggles with the notion that it is a woman's responsibility to discourage men from the plague of impure thoughts. Even an innocent flirtation can sinfully lead men into a temptation they are not capable of resisting; it doesn't seem fair. Ultimately, with the help of her classmates and a few understanding teachers, she learns to laugh at the ridiculous bits of her religion-and discovers the spiritual message within.

Kathy Gereau was born into a family of natural storytellers in 1951. Her family soon moved from Washington, DC, to a small town in Illinois. After graduating from Northern Illinois University, she landed a special education teaching job in Galena, IL, where she currently lives. She retired at age fifty and began looking for her next passion. She joined a local writer's group and began jotting down stories from her childhood. Encouraged by these supportive and accomplished writers, she decided to put her stories into a book. She currently resides in Galena, IL.