How Losing It All Became Life's Biggest Blessing 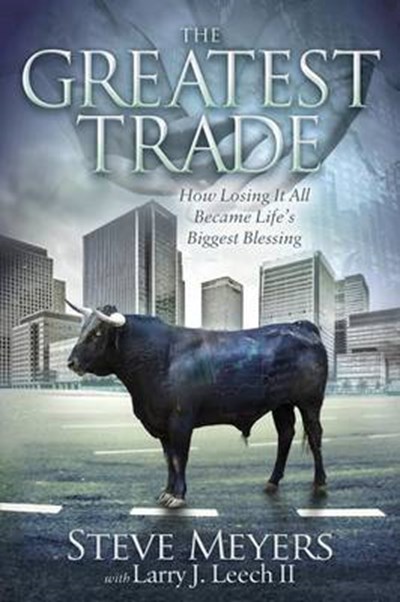 How Losing It All Became Life's Biggest Blessing

QTY
Add to Basket
Publisher: Morgan James Publishing llc
ISBN: 9781683500377
Number of Pages: 218
Published: 07/02/2017
Width: 15.2 cm
Height: 22.8 cm
Description Author Information Reviews
The Greatest Trade is the gripping true story of a cattle trader's son, who begins adulthood by literally betting the family farm-and losing it all in the futures market. In small-town Wyoming, Steven Meyers enjoyed a carefree childhood, rooted in the sound tradition of faith and old-fashioned hard work. When he loses it all-money, faith, relationships-the only thing that keeps him hanging by a thread is the drive to repay the fortune he lost. If he can't do that, Steven can't face the shame of remaining in this life until a powerful supernatural intervention that sets him on the path to financial freedom and the ability to repay all that was lost.

Steve Meyers has been a registered commodities broker since 1987. He successfully predicted the tech stock bubble top in 2000 as well as the mortgage crisis in 2007-2008. Steve Meyers is currently living with his son in Naples, Florida.