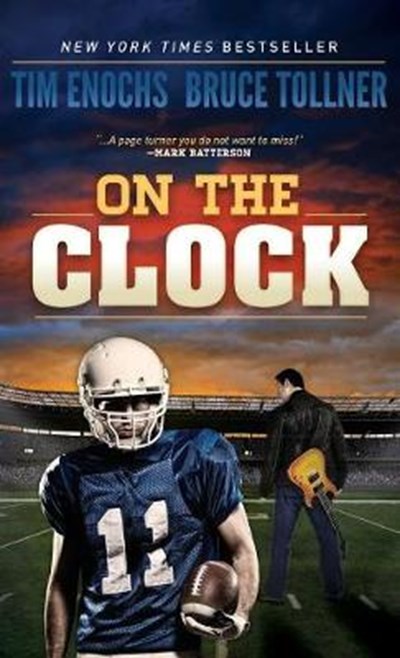 Publisher: Morgan James Publishing llc
ISBN: 9781683500421
Number of Pages: 184
Published: 07/03/2017
Width: 13.9 cm
Height: 21.5 cm
Description Author Information Reviews
On the most important day of his life, quarterback sensation Adam Alford finds himself lost in a sea of people and cameras in the greenroom at the NFL Draft. He lost his mom in a violent storm when he was 10. After her death, his one- hit-wonder Country Music singer/songwriter dad was relegated to singing at a local roadside club as he struggled with alcohol, depression and the responsibility of raising Adam. With the uncommon influence of Adam's agent, his girlfriend, and her mom, he and his dad found a way to make it. On the Clock outlines the simple principles of success that got Adam and his father through their trials, showing readers they they too can fight through adversity and achieve their own personal goals.

Tim Enochs has been a successful Executive Life and Business Coach for 14 years. He is the author of several books, including Every Day is Game Day, The Street Sweeper, The CHILD Game Plan, and Uncommon Influence. He is an Executive Producer for the movie Welcome to Inspiration based on his book, The Street Sweeper. Tim is a nationally renowned keynote speaker and has been interviewed on television and multiple radio shows. Bruce Tollner is an NFL Super-Agent representing multiple NFL stars. He is a Certified Contract Advisor with the NFLPA and NBPA. He is also a partner and plays a critical role in every aspect of REP 1, including Legal Counsel. Bruce has a mastery of guiding both football and basketball clients through the pre-draft process, managing their careers, and developing post-career plans. He co-authored The CHILD Game Plan and Sidelined with Indianapolis Colts Coach Chuck Pagano.