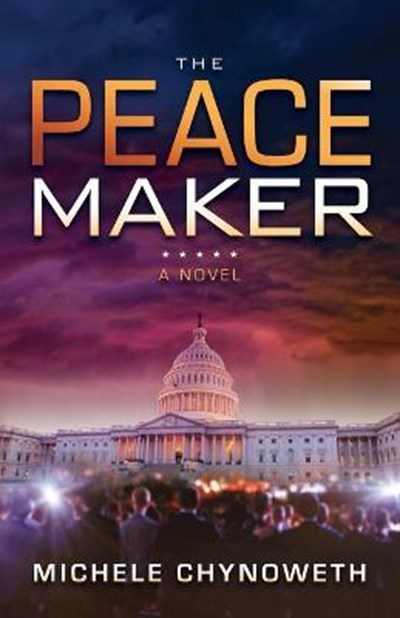 QTY
Add to Basket
Publisher: Morgan James Publishing llc
ISBN: 9781683500933
Number of Pages: 306
Published: 27/09/2016
Width: 13.9 cm
Height: 21.5 cm
Description Author Information Reviews
The "Peace Maker" is the contemporary retelling of the story of David and Abigail in the Bible's First Book of Samuel. The characters come to life in the setting of a current US Presidential election---Leif Mitchell is selected from his humble life as a horse rancher and country rock singer to become Governor of Kentucky and then run as the Republican candidate against powerful and narcissistic US Democratic Senator Darren Richards of New York, a behind-the-scenes abusive alcoholic. A powerful Darren will stop at nothing to bring Leif down, causing Leif to reconsider his high road approach to politics. When the campaigns get ugly and dangerous, First Lady hopeful Chessa Richards is faced with a tough decision. Should she try to preserve peace at all costs, protecting many who might become collateral damage as a result of the ensuing battle, and in turn possibly sacrifice her future and risk her own life? Should she try to stop Leif from stooping to her husband's level, which may ruin his candidacy but save his soul? This gripping novel full of suspense and romance will encourage you in times of decision and doubt to rely on God's guidance and to have courage to do the right thing no matter what the cost.

Michele Chynoweth is the award-winning author of the novels The Faithful One,The Peace Maker, and the The Runaway Prophet, modern day novels based on Bible stories. A graduate of the University of Notre Dame, she is also an inspirational speaker, book coach, and college writing instructor. Michele believes she is called to write novels filled with the same suspense, drama and romance found in the Bible yet written so that today's readers can easily see themselves in the characters and understand what God is saying.