Unleash Your Masculine Self to Become the Better Husband Your Wife Desires, Better Father Your Children Deserve, and Better Leader the World Needs 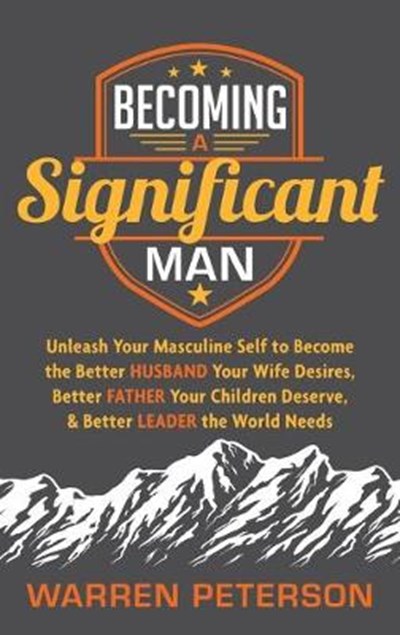 Unleash Your Masculine Self to Become the Better Husband Your Wife Desires, Better Father Your Children Deserve, and Better Leader the World Needs

QTY
Add to Basket
Publisher: Morgan James Publishing llc
ISBN: 9781683501251
Number of Pages: 258
Published: 28/03/2017
Width: 15.2 cm
Height: 22.8 cm
Description Author Information Reviews
Most men have given up on their dreams. Is that man you? Something is so clearly wrong, and the entire world knows it. The reality is that men have been sold a lie; they have been told that if they chase success in the world then everything will be ok. Instead, they end up with the cars, the house, the toys, and are still left in pain asking, "Is this all there is?" The cost of the lie is enormous. Becoming a Significant Man provides easy to digest ways on how to become the man you want to be and stay there. If you are tired of sleepwalking your way through life, then Becoming a Significant Man is for you. Warren Peterson, founder of Significant Man, is eager for all men who have fallen behind in the game of life to benefit from his unique and powerful message. Haven't you had enough? Enough of the struggle? Enough of feeling lost, without direction, and without hope? No more lies. No more pretending. Your time is now. You have the power and permission to stand up and scream the truth about who you are- the significant man you were created to be. Let's get started!

Warren Peterson is the founder of Significant Man, an organization focused on men becoming the heroes, warriors, and leaders they were created to be. Warren lives in Colorado with his wife and their four children.