The Book Jehovah's Witnesses & Mormons Don't Want You to Read 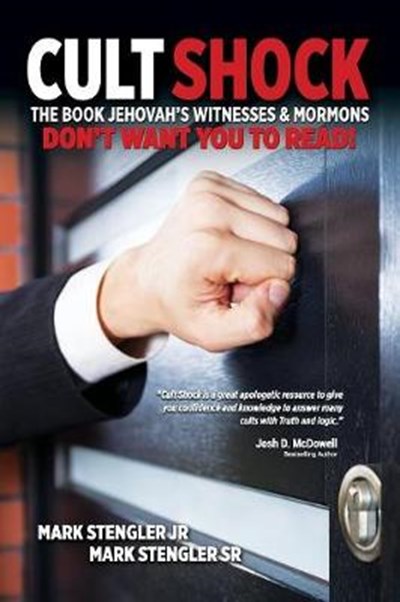 The Book Jehovah's Witnesses & Mormons Don't Want You to Read

QTY
Add to Basket
Publisher: Morgan James Publishing llc
ISBN: 9781683504849
Number of Pages: 262
Published: 09/05/2017
Width: 15.2 cm
Height: 22.8 cm
Description Author Information Reviews
Cult Shock is an apologetic resource that teaches Christians how to defend their faith and evangelize Jehovah's Witnesses and Mormons. It explains the beliefs of these groups and how Biblical Christianity refutes their worldview. Readers will gain confidence witnessing to these groups based on the Stengler's recommended engagement techniques from their years of experience. In no time short, Christians will go from a place of fear to fearless as they proclaim the real Jesus!

Mark Stengler Jr. is a student at Liberty University where he is studying Biblical Languages. He is the President of Please Tell Me The Truth Ministries. This non-profit organization equips Christians with resources to defend their faith and evangelize biblically and effectively. He has years of street evangelism experience that he shares with his audiences. Mark Stengler Sr. is a licensed naturopathic medical doctor and the author of several bestselling health books. A former host of a national television show, he has also appeared on numerous television and radio shows. He earned a Master of Religious Studies from Southern California Seminary.