White Linen and the Blood of Sprinkling 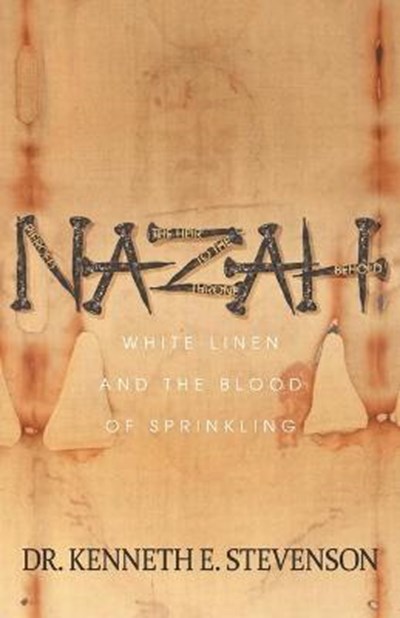 White Linen and the Blood of Sprinkling

QTY
Add to Basket
Publisher: Morgan James Publishing llc
ISBN: 9781683506072
Number of Pages: 214
Published: 03/04/2018
Width: 13.9 cm
Height: 21.5 cm
Description Author Information Reviews
As an original team member of STURP (The Shroud of Turin Research Project, Inc.) who were given the rare opportunity to intricately examine and test the shroud, Dr. Kenneth Stevenson brings forth his fourth treatise on the subject with intriguing new perspective. NAZAH offers an outlook on the Shroud of Turin that looks at both the vast amount of clear, scientific research and evidence, and the heart of the Holy Scriptures. Joined with historical fact, prophetic confirmation, Judaic burial customs and personal reflection, the mystery of the shroud of a crucified Jewish man, whose image was left to be seen, is now brought forth to inspire and challenge a new generation of truth seekers. With additional discussions of the relic's historical and spiritual significance, NAZAH will touch the hearts of not only those of Jewish faith, but the hearts of people of all faiths who seek deeper meaning as to what the Shroud of Turin means to today's generation.

Dr. Kenneth Stevenson began as the spokesman and editor of the Shroud of Turin Research Project (STURP). Uniquely qualified to write NAZAH, Dr Stevenson has been featured on numerous radio and television broadcasts to discuss the results of that team's tests of the Shroud. Good Morning America, Today, People Are Talking, TBN, CBN, EWTN, and Nat Geo and Discovery name only a few. His first book, Verdict on the Shroud, became an international best seller with more than 15 foreign editions and was on the New York Times bestseller list. His work has also been featured in both local and national magazines, for example: Time, Newsweek, US, People. Along the way, Dr. Stevenson created an original documentary, Behold The Man, which is still aired annually by TBN. He has two additional works that continue the Shroud story: The Shroud and the Controversy (Thomas Nelson) and Image of the Risen Christ (Frontier Publications). Dr. Stevenson is a decorated Vietnam veteran with a BS in Engineering, a Masters in English, and a Doctorate in Ministry. He currently resides in Waco, Texas.