The Ancient Impact and Modern Implications of Genesis 1-11 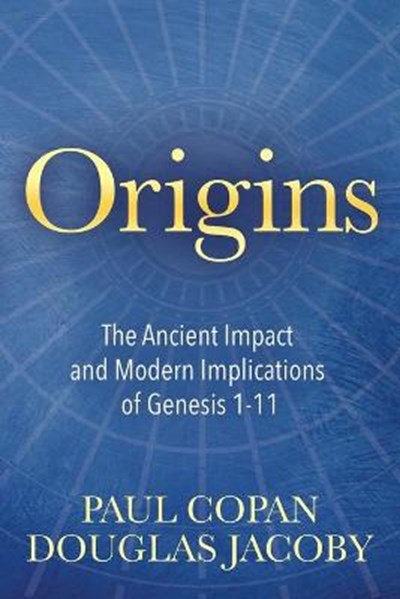 The Ancient Impact and Modern Implications of Genesis 1-11

QTY
Add to Basket
Publisher: Morgan James Publishing llc
ISBN: 9781683509509
Number of Pages: 274
Published: 16/10/2018
Width: 15.2 cm
Height: 22.8 cm
Description Author Information Reviews
Origins turns much of what Christians learned in Sunday School on its head in a revealing comparison of the Genesis narrative to the competing pagan narrative of the day. Relatively few Bible readers are familiar with the world of the ancient Near East, centered in Mesopotamia and its most prominent city, Babylon. The culture, literature, religions, geography, etc. of the early biblical period dramatically influenced what was written and why and without an understanding of these elements, the purposes, meanings, and structure of the text are easily misread by modern readers and reduces the primeval narrative to a collection of Sunday School stories. Origins, while acknowledging the agendas of modern readers, remains on track in expounding on the ancient agenda. Paul Copan and Douglas Jacoby address the doubts of those who find stumbling blocks in early Genesis, facing the tough questions head on and providing biblical solution to many of the "problem passages." Origins surprises and amazes all seekers, new believers, and veterans of Scripture alike as it devastates the polytheistic, pagan assumptions and proclaims the true God.

Paul Copan (PhD Philosophy, Marquette) is the Pledger Family Chair of Philosophy and Ethics at Palm Beach Atlantic University. For six years he served as president of the Evangelical Philosophical Society. He has authored and edited over thirty books, including The Zondervan Dictionary of Christianity and Science, Is God a Moral Monster: Making Sense of the God of the Old Testament, and When God Goes to Starbucks. Paul has contributed essays to over thirty books, both scholarly and popular, and authored a number of articles in professional journals. In 2017, he was a Visiting Scholar at Oxford University. His website is www.paulcopan.com. Douglas Jacoby is an international Bible teacher. His degrees are from Drew, Harvard, and Duke. After serving as a minister for 20 years in Britain, Sweden, Australia, and the U.S., Douglas works as a freelance teacher and consultant, as well as an adjunct professor of theology at Lincoln Christian University. He has engaged in a number of debates with well-known atheists, imams, and rabbis. Since the late '90s, Douglas has led annual tours to the biblical world. Douglas has written 33 books, recorded 600 podcasts, and spoken in over 100 universities, and in over 500 cities, in 125 nations around the world. His website is douglasjacoby.com.