Wanting to Give Up, Choosing to Be Strong, and the Inspirational Purpose for Staying Alive 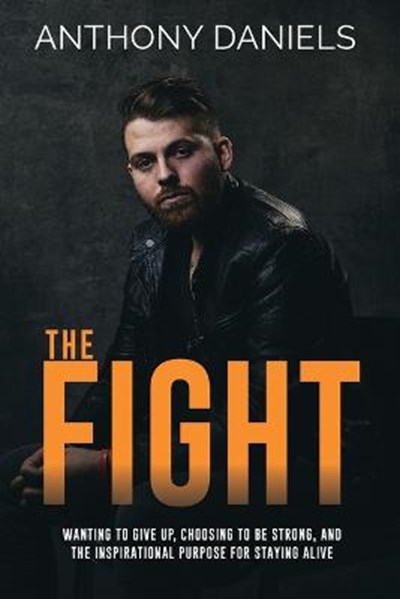 Wanting to Give Up, Choosing to Be Strong, and the Inspirational Purpose for Staying Alive

QTY
Add to Basket
Publisher: Carpenter's Son Publishing
ISBN: 9781734085020
Number of Pages: 192
Published: 13/09/2022
Width: 15.2 cm
Height: 22.8 cm
Description Author Information Reviews
As a young child, Anthony Daniels dreamed of becoming a professional hockey player. He was accepted to Fordham University on a scholarship to play collegiate level hockey and study pre-law. Anthony had hockey scouts traveling from all over to watch him play. He was on track to becoming a top professional athlete, till one day a freak car accident ended his hockey career. After seven months of living in a full cast that covered 90% of his leg, Anthony developed an itch starting at his toes that quickly moved up his body. Following several tests, Anthony was diagnosed with Hodgkin's Lymphoma. Anthony was told he would not survive past two years. Despite his prognosis, Anthony fought his cancer into remission twice within two years. Anthony was born an athlete, not competing was unacceptable for him. Anthony was introduced to boxing. Something he never thought he could do, especially while battling cancer. Not soon after, Anthony found himself at a boxing gym, training as a professional athlete again. When his cancer returned for the third and even fourth time, Anthony never gave up. Following high doses of chemotherapy and radiation treatment that would have anyone in bed for days, Anthony would train for several hours at the boxing gym. In 2018, while battling Hodgkin's Lymphoma for the fifth time, Anthony was also diagnosed with terminal brain cancer. His credit of surviving cancer over seven times was based on his strength and endurance. There is no cure for Anthony, and he is ready to tell people the truth. In The Fight, Anthony's message is clear; make the decision to never give up, choose to be strong, and find your purpose despite your circumstances.

Anthony Daniels is an Author, Athlete, Speaker, and Global Humanitarian who speaks openly about his decade long battle with cancer. A top collegiate hockey player from Fordham University who was on his way to playing professionally was in a car accident that ended his career. Within a year of his accident, Anthony was diagnosed with Hodgkin's Lymphoma. He was told he would never be an athlete again. Despite this prognosis and having to give up on his hockey career, Anthony chose to fight his cancer in a unique and very unorthodoxy approach, in the boxing ring. Anthony spent painful hours at the gym training with professional boxing athletes twice his size and focusing on getting strong both mentally and physically over the course of his ten year battle. Anthony has been featured in People Magazine and Good Morning America alongside actor Bradley Cooper, and his story has inspired thousands around the world. Anthony's mission is to encourage others to fight, instead of giving up. He has been through years of cancer treatment, battling Hodgkin's lymphoma six times as well as brain, hip and spine cancer. Anthony has endured over a thousand hours of chemotherapy, 120 units of radiation, over twenty-five biopsies, nine trials along with two stem-cell transplants. Anthony currently resides with his family in a small New Jersey town (Ridgewood) outside New York City.