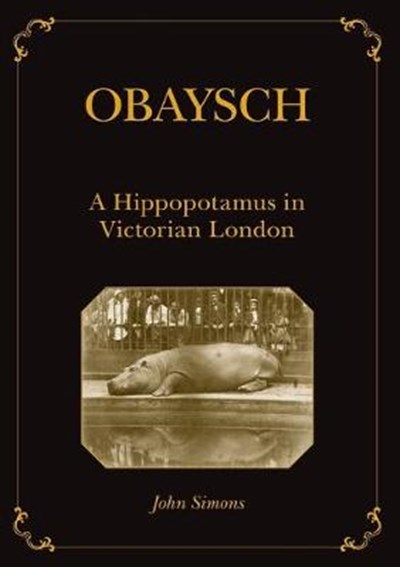 Publisher: Sydney University Press
ISBN: 9781743325865
Number of Pages: 230
Published: 02/01/2019
Width: 14.8 cm
Height: 21 cm
Description Author Information Reviews
Obaysch: A Hippopotamus in Victorian London tells the remarkable story of Obaysch the hippopotamus, the first 'star' animal to be exhibited in the London Zoo. In 1850, a baby hippopotamus arrived in England, thought to be the first in Europe since the Roman Empire, and almost certainly the first in Britain since prehistoric times. Captured near an island in the White Nile, Obaysch was donated by the viceroy of Egypt in exchange for greyhounds and deerhounds. His arrival in London was greeted with a wave of 'hippomania', doubling the number of visitors to the Zoological Gardens almost overnight. Delving into the circumstances of Obaysch's capture and exhibition, John Simons investigates the phenomenon of 'star' animals in Victorian Britain against the backdrop of an expanding British Empire. He shows how the entangled aims of scientific exploration, commercial ambition, and imperial expansion shaped the treatment of exotic animals throughout the nineteenth and early twentieth centuries. Along the way, he uncovers the strange and moving stories of Obaysch and the other hippos who joined him in Europe as the trade in zoo animals grew. 'A fascinating microscopic and telescopic look at the life of Victorian England's most famous animal. John Simons' richly exhaustive account of nineteenth-century hippomania engages with imperialism, Orientalism, progress, and the cultural history of Europe where Obaysch, captured from an island in the Nile River, had the misfortune to spend his life as a blockbuster attraction at the London Zoo. Poignant and empathetic, this account of an animal's appropriation and exploitation is one of those books that unfurls more about its moment in time than you could have imagined when you picked it up.' Professor Randy Malamud, Georgia State University

John Simons is an historian specialising in the history of animals. He has written or edited twenty books, on topics ranging from Middle English chivalric romance to Andy Warhol to the history of cricket. His previous books on animals include Animal Rights and the Politics of Literary Representation (2002), Rosetti's Wombat (2008), The Tiger That Swallowed the Boy: Exotic Animals in Victorian England (2012) and Kangaroo (2012), which was listed for the Royal Society of Biology's Book of the Year Award. He is a published poet and has just completed his first novel. He has worked in universities on every continent except Antarctica and most recently was Deputy Vice-Chancellor (Academic) at Macquarie University in Sydney.