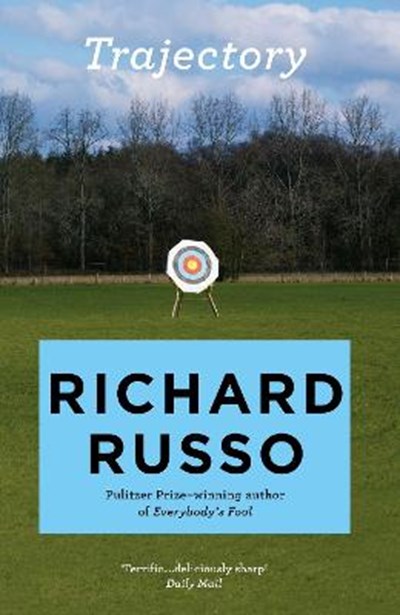 QTY
Add to Basket
Publisher: Allen & Unwin
ISBN: 9781760297220
Number of Pages: 256
Published: 28/11/2018
Width: 12.9 cm
Height: 19.8 cm
Description Author Information Reviews
RTE Guide's Book of the Year, 2018 Richard Russo's characters in these four expansive stories bear little similarity to the blue-collar citizens we're familiar with from many of his novels. In 'Horseman,' a professor confronts a young plagiarist as well as her own weaknesses as the Thanksgiving holiday looms closer and closer. In 'Intervention,' a real estate agent facing an ominous medical prognosis finds himself in his father's shadow while he presses forward - or not. In 'Voice,' a semi-retired academic is conned by his estranged brother into joining a group tour of the Venice Biennale, fleeing a mortifying incident with a traumatised student back in Massachusetts but encountering further complications in the maze of Venice. And in 'Milton and Marcus,' a lapsed novelist tries to rekindle his screenwriting career, only to be stymied by the pratfalls of that trade when he's called to an aging, iconic star's mountaintop retreat in Wyoming. Each of these stories is shot through with the humour, wisdom and surprise for which Richard Russo has long been acclaimed as Trajectory continues to extend the breadth of his achievements.

Richard Russo is the author of eight novels, two collections of stories, and On Helwig Street, a memoir. In 2002 he received the Pulitzer Prize for Empire Falls, which, like Nobody's Fool, was adapted to film, in a multiple-award-winning HBO miniseries. He lives in Maine.