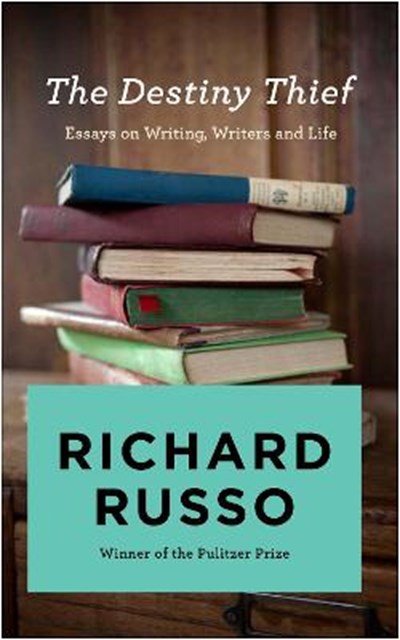 QTY
Add to Basket
Publisher: Allen & Unwin
ISBN: 9781760632625
Number of Pages: 224
Published: 04/02/2019
Width: 14.5 cm
Height: 22.5 cm
Description Author Information Reviews
A master of the novel, short story and memoir, the Pulitzer Prize-winning author of Everybody's Foolnow gives us his very first collection of personal essays, thoughts on writing, reading and living. In these nine essays, Richard Russo provides insight into his life as a writer, teacher, friend and reader. From a commencement speech to the story of how an oddly placed toilet made him reevaluate the purpose of humour in art and life, to a comprehensive analysis of Mark Twain's value, to his harrowing journey accompanying a dear friend as she pursued gender-reassignment surgery, The Destiny Thief reflects the broad interests and experiences of one of America's most beloved authors. Warm, funny, wise and poignant, the essays included here traverse Russo's writing life, expanding our understanding of who he is and how his singular, incredibly generous mind works. An utter joy to read, they give deep insight into the creative process from the perspective of one of our greatest writers.

Richard Russo is the author of eight novels, two collections of stories, and On Helwig Street, a memoir. In 2002 he received the Pulitzer Prize for Empire Falls, which, like Nobody's Fool, was adapted to film, in a multiple-award-winning HBO miniseries. He lives in Maine.