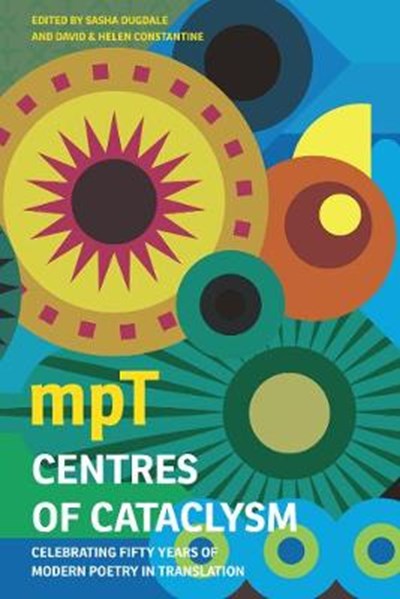 QTY
Add to Basket
Publisher: Bloodaxe Books Ltd
ISBN: 9781780372648
Published: 25/02/2016
Description Author Information Reviews
Centres of Cataclysm celebrates the fifty-year history of Modern Poetry in Translation, one of the world's most innovative and exciting poetry magazines. Founded in 1965 by Ted Hughes and Daniel Weissbort, MPT has constantly introduced courageous and revolutionary poets of the 20th and 21st century to English-speaking readers. Ted Hughes thought of MPT as an 'airport for incoming translations' - from the whole world, across frontiers of space and time. These are poems we cannot do without. The anthology is not arranged chronologically but, from a variety of perspectives, it addresses half a century of war, oppression, revolution, hope and survival. In so doing, it truthfully says and vigorously defends the human. In among the poems are illuminating letters, essays and notes on the poets, on the world in which they lived and on the enterprise of translating them.

Poet, playwright, and translator Sasha Dugdale took over the editorship of Modern Poetry in Translation in 2013, and is editor of the anthology Centres of Cataclysm: Celebrating Fifty Years of Modern Poetry in Translation (Bloodaxe Books/MPT, 2016). She has translated many works of Russian poetry, prose and drama, including Elena Shvarts's Birdsong on the Seabed (Bloodaxe Books, 2008), Chekhov's The Cherry Orchard, and the short story collection Moscow Tales (2013), and has published three poetry collections with Oxford/Carcanet, The Estate (2007), Notebook (2003) and Red House (2011). She has also worked as a consultant for the Royal Court Theatre and other companies in addition to writing her own plays, and from 1995 to 2000 worked for the British Council in Russia. She lives in Sussex. David Constantine has published ten books of poetry, five translations and a novel with Bloodaxe. His poetry titles include Something for the Ghosts (2002), which was shortlisted for the Whitbread Poetry Award; Collected Poems (2004), a Poetry Book Society Recommendation; Nine Fathom Deep (2009); and Elder (2014). His Bloodaxe translations include editions of Henri Michaux and Philippe Jaccottet; his Selected Poems of Holderlin, winner of the European Poetry Translation Prize; his version of Holderlin's Sophocles; and his translation of Hans Magnus Enzensberger's Lighter Than Air, winner of the Corneliu M. Popescu Prize for European Poetry Translation. He won the Frank O'Connor International Short Story Award in 2013 for his collection Tea at the Midland (Comma Press), and is the first English writer to win this prestigious international award. He was co-editor of Modern Poetry in Translation from 2004 to 2012. Helen Constantine read French and Latin at Oxford. She was Head of Languages at Bartholomew School, Eynsham, until 2000, when she gave up teaching and became a full-time translator. She has published volumes of translated stories, Paris Tales, and French Tales and edits a series of City Tales for Oxford University Press. Paris Metro Tales will be published in March 2011. She has translated Mademoiselle de Maupin by Theophile Gautier and Dangerous Liaisons by Choderlos de Laclos for Penguin and is currently translating Balzac's La Peau de Chagrin for OUP. She was co-editor of Modern Poetry in Translation from 2004 to 2012.