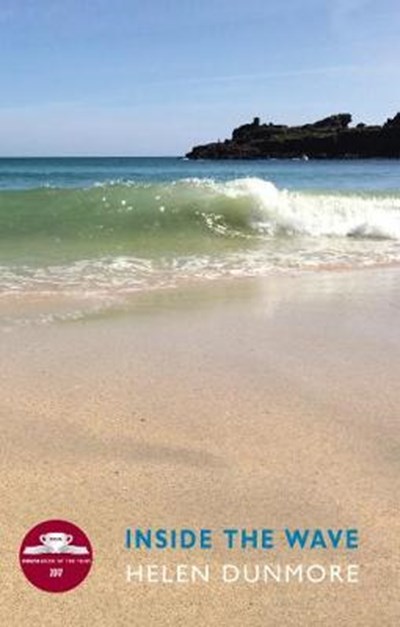 QTY
Add to Basket
Publisher: Bloodaxe Books Ltd
ISBN: 9781780373584
Published: 27/04/2017
Description Author Information Reviews
To be alive is to be inside the wave, always travelling until it breaks and is gone. These poems are concerned with the borderline between the living and the dead - the underworld and the human living world - and the exquisitely intense being of both. They possess a spare, eloquent lyricism as they explore the bliss and anguish of the voyage. Inside the Wave, Helen Dunmore's tenth and final poetry book, was her first since The Malarkey (2012), whose title-poem won the National Poetry Competition. Her final poem, 'Hold out your arms', written shortly before her death and not included in the first printing of Inside the Wave, was added to all subsequent printings. Her posthumous retrospective, Counting Backwards: Poems 1975-2017 (2019), covers ten collections she published over four decades up to and including Inside the Wave. Costa Book of the Year 2017, winner of the 2017 Costa Poetry Award

Helen Dunmore (1952-2017) was a poet, novelist, short story and children's writer. Her poetry books received a Poetry Book Society Choice and Recommendations, the Alice Hunt Bartlett Award, and the Signal Poetry Award. Bestiary was shortlisted for the T.S. Eliot Prize in 1997. Inside the Wave won the 2017 Costa Poetry Award and went on to be named Costa Book of the Year. She won first prize in the Cardiff International Poetry Competition in 1990 with her poem 'Sisters leaving the dance', and first prize in the National Poetry Competition in 2010 with 'The Malarkey'. After making her debut with The Apple Fall in 1983, she published all her poetry with Bloodaxe. Her earlier work was collected in Out of the Blue: Poems 1975-2001 (2001), which was followed by Glad of These Times (2007), The Malarkey (2012), and Inside the Wave (2017), her tenth and final collection. A new retrospective, Counting Backwards: Poems 1975-2017, was published by Bloodaxe in 2019. She published twelve novels and three books of short stories with Penguin, including A Spell of Winter (1995), winner of the Orange Prize for Fiction, Talking to the Dead (1996), The Siege (2001), Mourning Ruby (2003), House of Orphans (2006) and The Betrayal (2010), as well as The Greatcoat (2012) with Hammer, and The Lie (2014), Exposure (2016) and Birdcage Walk (2017) with Hutchinson. A posthumous story collection, Girl, Balancing and Other Stories, followed from Hutchinson in 2018. Born in Beverley, Yorkshire, she studied English at York University, and after graduating in 1973 spent two years teaching in Finland before settling in Bristol.