Nazi in the Family

The hidden story of an SS family in wartime Germany 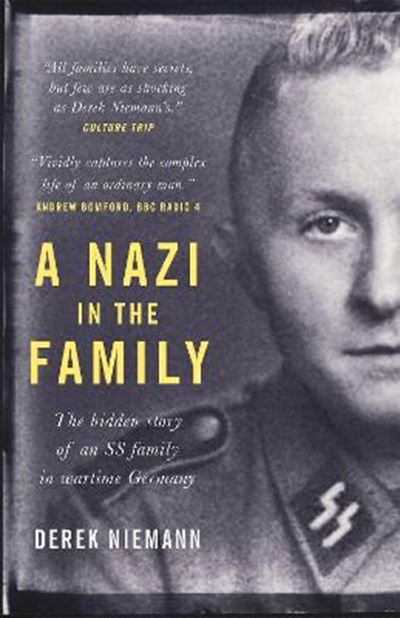 Nazi in the Family

The hidden story of an SS family in wartime Germany

QTY
Add to Basket
Publisher: Short Books Ltd
ISBN: 9781780723716
Number of Pages: 304
Published: 06/09/2018
Width: 12.8 cm
Height: 19.8 cm
Description Author Information Reviews
WARTIME BERLIN: The Niemann family - Karl, Minna and their four children - live in a quiet, suburban enclave. Every day Karl commutes to work, a business manager travelling around inspecting his "factories". In the evenings he returns home to life as a normal family man.Three years ago Derek Niemann, born and raised in Scotland, made the chilling discovery that his grandfather Karl had been an officer in the SS - and that his "business" used thousands of slave labourers in concentration camps, such as Auschwitz, Dachau, Buchenwald and Sachsenhausen. Derek had known little about the German side of his family, but now a lifetime of unsettling hints and clues began to fall into place.With the help of surviving relatives and hundreds of previously unknown family photographs, Derek uncovers the true story of what Karl did. A Nazi in the Family is an illuminating portrayal of how ordinary people can fall into the service of a monstrous regime.

Derek Niemann is the editor of the RSPB children's magazines and has written several books on nature and conservation for young readers. He is also the author of adult non-fiction books Birds in a Cage and A Tale of Trees (Short Books). He lives in Bedfordshire with his family.