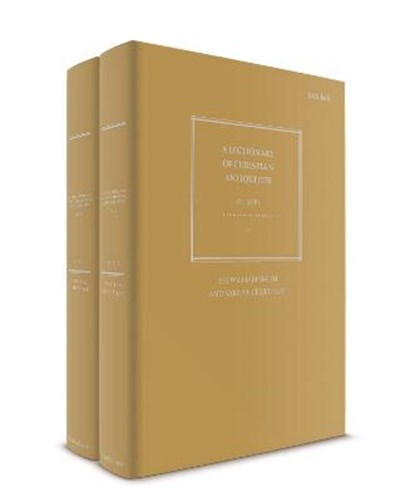 QTY
Add to Basket
Publisher: Bloomsbury Publishing PLC
ISBN: 9781780768038
Number of Pages: 1096
Published: 23/01/2020
Width: 23.4 cm
Height: 15.6 cm
Description Author Information Reviews
A Dictionary of Christian Antiquities provides a detailed and comprehensive account of all aspects of the early Christian Church from a 19th-century perspective. Remarkable in its range and depth of scholarship, the two-volume set covers the organization and history of the church, its legislation and revenues; church worship and ceremonial; music, vestments, objects and insignia; sacred places and symbolism; saints and ecclesiastical figures; church architecture; church art; graves, catacombs and tombs; and the religious calendar. With a new introduction by leading authority on the history of Christianity, Michael Ledger-Lomas, these impressive volumes form a unique and valuable resource.

Lexicographer, classical and biblical scholar, Sir William Smith (1813-93) wrote, edited and contributed to many works of reference, including the three great classical dictionaries (re-issued by I.B.Tauris) which made his name a household word. Forever associated with the re-birth of classics in Britain, from 1853 to 1869 he was classical examiner to the University of London, where he became a member of the Senate, and he was for twenty-five years editor of the prestigious Quarterly Review. A member of the Royal Commission on Copyright, he was knighted in 1892. Samuel Cheetham (1827-1908) was an Anglican priest and author. Michael Ledger-Lomas is Lecturer in the History of Christianity in Britain, King's College London, UK.